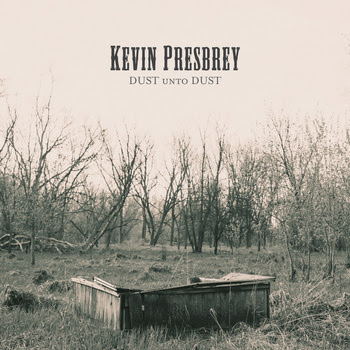 "Drawing upon the influences of sultry singer-songwriters such as Jim Croce and Ray Lamontagne, Kevin Presbrey’s latest creation Dust Unto Dust is a marriage of the catchy hook and the rootsy americana track you might hear on a early 1970s record. Collaborating with Seattle based producer Ryan Hadlock (The Lumineers, Milo Greene, Ra Ra Riot, Rocky Votolato), Presbrey and drummer Danny Pratt ventured off to Bear Creek Studios in the Pacific Northwest with the intention of finding the organic acoustic sound they mutually enjoyed on their favorite vinyls from bands like America, The Eagles & Fleetwood Mac. In this first departure from Painkiller Hotel, the Dust Unto Dust EP was created with good intentions and a heavy heart. To follow, is the story from the artist… "

Check out Kevin at his official Website, ReverbNation, Facebook, BandCamp, Twitter and Tumblr. He recently released his debut solo album, "Dust Unto Dust", which draws influences from Jim Croce, The Eagles and Fleetwood Mac. I want to thank Kevin for taking the time to participate in this edition of First/Last.

The first album you ever bought?
We’re going back to cassette tapes here, but my first album I can remember picking up was Guns n’ Roses “Appetite for Destruction”. I pretty much wore that tape out until I got the actual disc a few years later.


Least favorite concert?
Minus the Bear at the Riviera in Chicago. Maybe it was where I was standing, the sound guy dropping acid or both, but something didn’t sound right that night.
Any thoughts, experiences about Pittsburgh?
Aren’t the Pirates in a pennant race right now????

Thanks, Kevin.It always amazes me the non-love given to Scott Stapp. It seems people would rather cozy up to Satan than that guy.
Posted by Hughshows at 7:30 AM