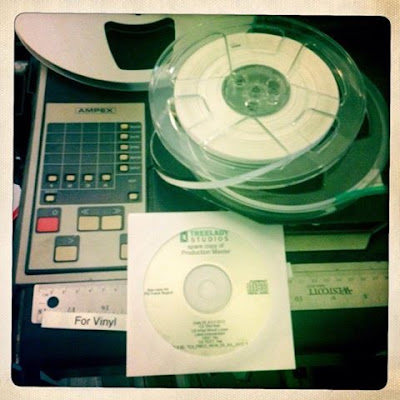 Check out the band at Facebook, Twitter and Bandcamp. The band just dropped it's debut recording, "Well", last week. I want to thank Max Sommerville (Piano/Vocals), Nathan Zoob (Guitar/Backing Vocals), Dave Busch (Bass/Backing Vocals) and Derek Krystek (Drums/Backing Vocals) for taking a few to participate in this edition of First/Last. 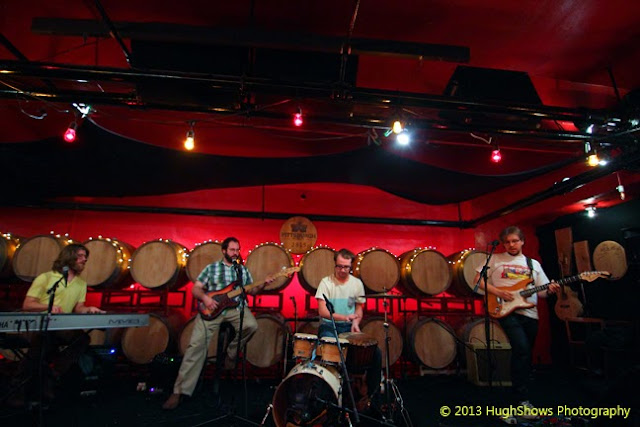 Least favorite/most disappointing album?
Max: Lil Wayne - The Carter 4.
Zoob: Hard to say--probably “It's Hard” by The Who. Boy that was disappointing.
Dave: The last MGMT album.
Derek: "No World for Tomorrow" Coheed and Cambria.

Favorite concert ever?
Max: Elvis Costello.
Zoob: I like a lot of different shows for different reasons. I saw Simon & Garfunkel in 2003 which I never thought I'd get to see. They were amazing. Likewise with Jeff Mangum just recently. I was also blown away by St. Vincent and Grizzly Bear, both of whom taught me more about guitar tone than I realized I had left to learn.
Dave: Seeing a West African influenced band with all traditional instruments at Ortliebs in West Philly.
Derek: The Receiving End of Sirens.

Favorite thoughts, experiences about Pittsburgh?
Max: I love the history in Pittsburgh. When I think of the city I think of tradition and the warmth of people getting together.
Zoob: I'm an immigrant to this town. I grew up in NYC and moved here for school. The scene in Pittsburgh is so nurturing and so full of undiscovered gems--I don't think I'll ever be able to pay back the debt I owe to the many musicians who treated me like family when they had no reason to. I came here a snob, but I found a home.
Dave: Pittsburgh is one of the most vibrant places for arts and music. I've been to many cities and have never seen such a place with diversity like the ‘burgh. A fond memory I have of Pittsburgh is sitting atop the West End Overlook with good friends being overwhelmed with the intensity of the rivers, city scape and thoughts of gratitude about where I am.
Derek: The University of Pittsburgh basement show (literally underground) music scene held the best experiences of my musical life. I remember one night after finishing a set around midnight, the entire basement turned in to a jam session dance marathon. I stayed behind the drums as a number of local musical talents took turns switching from guitar bass and keys and we jammed hard for at least 3 hours. The mass of friends, party goers and fellow musicians danced, jumped, clapped and chanted without a worry in the world! I'll never forget the those nights, being immersed in music.

Thanks, fellas. I am totally diggin' the album. Can't wait to see you play soon.
Posted by Hughshows at 7:00 AM