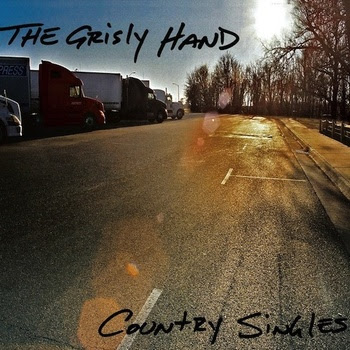 "Since 2009, The Grisly Hand has been winning over audiences and critics in Kansas City. And now, with its second EP on the shelves, the band has a little more experience, and a lot more momentum. Though rooted in the Midwest, this is the kind of act that’s bound to resonate anywhere it lands. Call it country, rock, Americana, or any other moniker. What’s important is that it’s real and it sounds great. The Grisly Hand conjures visions of the familiar while remaining refreshing and original. Their appeal isn’t limited to the Midwest, but it’s undeniably part of their identity. With their latest EP, Western Ave, The Grisly Hand has shown that their unique style is a work in progress. Their sound evolves and takes on new traits, but it maintains the same backbone that has won the band fans and accolades for the last three years."

Check out the band at their official Website, Facebook, Twitter, YouTube, BandCamp and Instagram. In today's installment highlighting the Paste 50 States Project we head back to Missouri with The Grisly Hand. Their latest album is appropriately entitled "Country Singles" and I want to thank Mike Stover (Steel Guitar) for taking the time to participate in this edition of First/Last.

The first album you ever bought?
Ace Frehley's solo album. Still have it.


Your last album bought?
Trick question. If you mean "what physical product did you last purchase with your own money, in an actual record store?", I guess it'd be Calexico's “Spiritoso”. If you mean "what cool new release are you streaming from the ether on your digital device?", I'd say “Colored Emotions” by Night Moves.


Favorite album of all time?
If I'm speaking for the band as a whole (a fool's errand), I'd have to say Neko Case's “Fox Confessor Brings The Flood” or “Floater Rising” by Gary Floater.


Least favorite/most disappointing album?
It's not an album, but... when I read online last year that Paul McCartney was replacing Kurt Cobain in Nirvana, I thought "This is the perfect solution to Kurt Cobain being dead!" Then I found out that Paul wasn't really joining Nirvana, and that they just got together for a movie that Grohl was making. They spent one day writing and recording a song, and... turns out!... it wasn't very good.


First concert attended?
A band called "Free Fall" played at my elementary school (I grew up out in rural Missouri, out in the sticks). They played Van Halen covers and had a creepy, quasi-Christian vibe. The following year the same dudes came back but they were called "Freedom Jam". They were still creepy and they still sucked.


Favorite concert ever?
Morphine & Sixteen Horsepower, at the Folly Theater in Kansas City. Mark Sandman gave me funny feelings 'down there.'


Least favorite concert?
Probably one of mine...

Any thoughts, experiences about Pittsburgh?
When I was a kid, the Steelers were my favorite football team. I liked their helmets. That's all I got.