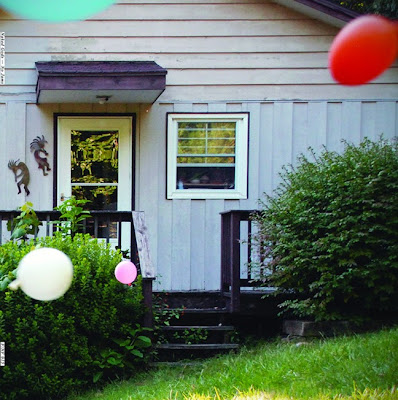 "Naked Gods, formed during the third millennium, are a five piece rock and roll band hailing from Boone, an otherwise sleepy town in western North Carolina’s mountains. Don’t let that geography mislead you; as a unit the band combines the influences of big, noisy guitar indie rock, abstract bass warbling, frenzied drum bursts & vocals capturing the sensitivity & sentimentality of youth lost & found, delivered with swagger by one of the burliest guys you’ve ever seen. Its like the pizza delivery boy stole all their instruments, re-tuned them with some logic heretofore tonally unknown, returned them, & set them loose together in search of melody. The band has been on a musical journey for years now, tirelessly experimenting with song craft, structures, textures, moods & home recording techniques, all the while garnering a growing reputation for their wild stage shows in & around the region. In 2012 the band released its second full length, No Jams, through Funny/ Not Funny Records. So check them out, live or on record, somewhere vaguely near you, as Naked Gods continue to evolve, write & record new songs, mutter bad jokes from stage, & try to forward their music with all the harmony &/or dissonance of friendship, community, & experimentation intrinsic to rock and roll."

Check out the band at their official Website, Facebook, Twitter and BandCamp. We stop in North Carolina for today's coverage of the Paste 50 States Project to say hi to Naked Gods. The band's latest is entitled "No Jams"via Funny/Not Funny Records. I want to thank Chris Hutelmyer (Bass) for taking the time to participate in this edition of First/Last.


The first album you ever bought?
“New Miserable Experience” by Gin Blossoms was the first cassette I ever bought, “Get a Grip” by Aerosmith was my first CD purchase.


Your last album bought?
Not new records, but the last records I bought were reissues of “Keep It Like A Secret” by Built to Spill and “And Don't the Kids Just Love It” by TV Personalities.


Favorite album of all time?
“Wowee Zowee” by Pavement.


First concert attended?
Beach Boys / America, I think I was like 5. I went and saw R.E.M. on the ‘Monster’ tour when I was in the 8th grade... that was probably the first one I ever went to by choice.


Last concert?
I'm married with a kid so don't get to go to many shows we aren't playing. Saw a show with our friends The Love Language, Gross Ghost and Jenny Besetzt a month or so ago.


Favorite concert ever?
We've been fortunate to play a bunch of shows with this band Invisible Hand from Charlottesville, VA. They're the best band I've ever seen.


Least favorite concert?
I saw Modest Mouse in high school and Isaac was getting heckled and they only played about 6 songs and then left. He seemed like a total dick. Saw them a few years later and it was terrible too... but I'm still a fan of their records (not really the last one).


Any thoughts, experiences about Pittsburgh?
We played a house show in DC with a Pittsburgh band called Sick Ridiculous and the Sick Ridiculous. They were about the weirdest band I'd ever seen. Two dudes, one bald short guy and a bearded tall guy, dancing around to pre-recorded beats and synth... they had one really catchy song called ‘Duckles Chuckles’. I don't think they were very self-aware, just totally weird.
I've never been to Pittsburgh, I don't think any of us have. Most of my family is from the Philadelphia area so I've been there a ton, just never made it across the state. I was a big Braves fan when I was younger. I was 10 in ‘92 when they beat the Pirates in game 7 of the NLCS, that's probably my biggest Pittsburgh memory.

Thanks, Chris. That Game 7. I am not exaggerating when I say that was the first and the very last baseball game I watched the entire way through on T.V. It was so damned gut wrenching, I never wanted to go through that again.
Posted by Hughshows at 3:30 PM