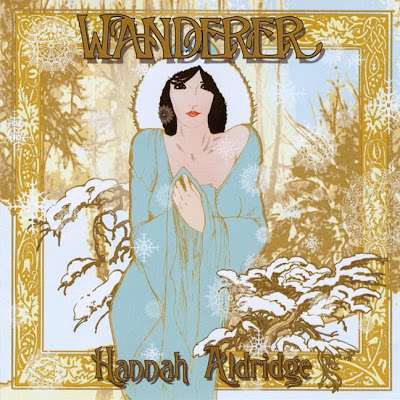 "There are few artists that can truly encapsulate the essence and true range of Americana like Muscle Shoals artist Hannah Aldridge, whose musical pedigree precedes her and speaks for itself.Hannah Aldridge is the daughter of Alabama Music Hall of Famer Walt Aldridge, who is one of the most prolific songwriters of the modern musical era. Twice named by Billboard magazine as one of the Top Country Songwriters of the year, ASCAP Songwriter of the Year, and countless Number One and Top Ten hits recorded by the likes of Lou Reed, Reba McEntire, Travis Tritt, Earl Thomas Conley, Ricky Van Shelton, Ronnie Milsap, and Conway Twitty. Hannah has toured all across the United States and Europe gaining a grassroots movement of fans that wait in silent adoration of the return of their Americana Heir Apparent Princess of Muscle Shoals."

Check out Hannah at her official Website, ReverbNation, Facebook, Twitter, Tumblr and YouTube. Hannah stops by The Center of Harmony tomorrow night in support of her latest album, "Wanderer". I want to thank her for taking a few minutes to participate in this edition of First/Last.

The first album you ever bought?
I wish I had a really cool answer like "Oh yeah, my first album was “Dark Side of the Moon” or “Pet Sounds", but actually I think it was either one of Jessica Simpson or The Backstreet Boys albums.


Your last album bought?
The last album I bought was my friend Dylan LeBlanc's latest album "Cast the Same Old Shadow". I love listening to him sing. His voice just tells the story so beautifully.


Favorite album of all time?
I can't narrow this down to one but two of my favorites are "Hail to the Thief" by Radiohead and "The Harrow & The Harvest" by Gillian Welch.


Least favorite/most disappointing album?
Every Metallica album ever made.


Last concert?
The last concert I attended was The Grand Ole Opry, where I saw Gillian Welch and Dave Rawlings.


Any thoughts, experiences about Pittsburgh?
I have never been to Pittsburgh, but I am extremely excited to visit! One of my favorite things about being a musician is getting to see the world, experience the cities, and meet all of the wonderful people and fans in those cities. I am a vegetarian so I also love to hunt down all the great coffee and vegetarian spots in each city.

Thanks, Hannah. It's funny, the "I got vomited on at the show" story comes up more than you would think. I never have thankfully, but my buddy did it to someone at a John Fogerty gig in 1986. Fun!
Posted by Hughshows at 7:30 AM