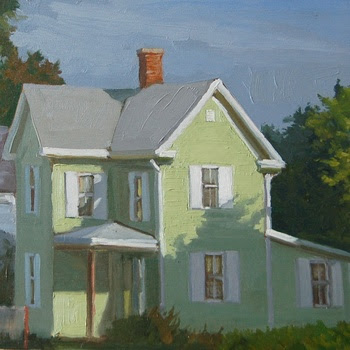 "Terry O’Hara pops up every couple of years to drop a beautiful, understated alt-folk album, then disappears again...the result is hypnotic and resigned."- The Pittsburgh City Paper

Check out the Pittsburgh band on BandCamp. Summer-Winter, the moniker of songwriter Terry O'Hara, have just released their latest album, "Heart of a Starling" and will be celebrating at of all places, Daytrotter Studios this weekend. I want to thank Terry for taking the time to participate in this edition of First/Last.

The first album you ever bought?
Probably The System's “X-Periment” or the album from David and David. Maybe even “Rockit” by Herbie Hancock.


Your last album bought?
I think the most recent album by AA Bondy or Night Beds.


Favorite album of all time?
Off the top of my head:  "Its a Wonderful Life" by Sparklehorse, Granddaddy's "Sophtware Slump," Dylan's "Blood on the Tracks," "Summerteeth" by Wilco, Dolorean's "Not Exotic," "At Dawn" by My Morning Jacket, Mahler's 5th, anything by Ralph Stanley and the Carter Family, "Songs for a Blue Guitar" by Red House Painters.


First concert attended?
We used to have traditional Irish sessions on the porch in the old country.


Last concert?
I wanted to sneak out to see Phosphoresent and Strand of Oaks but couldn't make it. I guess I'm a morning person these days.


Favorite concert ever?
Tree of Life.


Least favorite concert?
I stopped going to see Bob Dylan years ago. When he ditches the smooth as silk band and hits the stage solo, singing songs about mortality, I'll be there.


Favorite thoughts, experiences about Pittsburgh?
The beauty of the green hills and the identities of the neighborhoods, the towns along the rivers, and the excellent musicians that I was able to work with on this album.

Thanks, Terry. Gorgeous album, man. Would love to see your next local gig soon.
Posted by Hughshows at 6:29 AM