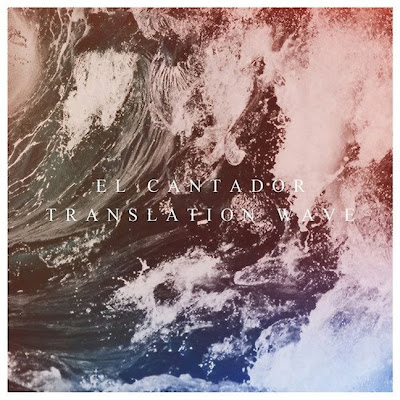 Check out the band at Facebook, BandCamp, Twitter, YouTube and Vimeo. Wrapping up my coverage this week of the ongoing series Paste 50 States Project, I return to Alabama with El Cantador. The band's latest album is "Translation Wave" and they have recently released the video 'My Way'. My sincere  thanks to Heath Underwood (Guitar/Electric Piano/Vocals) for taking the time to participate in this edition of First/Last.

The first album you ever bought?
I remember buying the ‘Teenage Mutant Ninja Turtles: Original Motion Picture Soundtrack’ when I was about 9 or 10 years old with my saved up chore money. I was really into the group Technotronic and their lead singer had a song on it called ‘Spin That Wheel’ from a side project called Hi-Tek 3. Ironically, I bought that tape from Turtle Music (R.I.P) in Mobile, AL.


Your last album bought?
Brazos: “Saltwater”.
It's refreshing, youthful and daring, and reminiscent of the musings of Paul Simon's earlier work alongside some Austin nature kid/NYC funkiness. Out of the infinite skinny white boy bands that are popping up with "Hey-Ho!" choruses and banjos this record stands atop and says, "Chill out. Don't take yourself so serious. Laughter shouldn't be mean. And, please, lose that fucking mustache. This is not irony". At least that's what I thought I heard.


Favorite album of all time?
Ooh, this is a toughie. I know that I can put Nina Simone on at any time of the day or night and find songs that accompany my mood. And I'm a Cancerian so I can get pretty moody.
The double disc of Nina Simone “In Concert/I Put A Spell On You” is one of my go-to albums. Her rendition of ‘You've Got To Learn’ helps me deal with the agony that is sometimes ill-defined as adulthood. And ‘Mississippi Goddam’ is a wonderful example of what live music performance should aspire to be: holy, irreverent, amusing, funny, vulnerable, sincere, and most of all - brave.


Least favorite/most disappointing album?
Primitive Radio Gods: “Rocket”.
‘Standing Outside Of A Broken Phone Booth With Money In My Hand’ is a mainstay on my road trips. Everyone smiles, nods, and looks out of the window at the bittersweet whatever going on in their not-so-grey matter. The rest of that album is pure disappointment.


First concert attended?
We used to go see my dad play guitar with Cajun Lil' and the South Boogie Band when I was really young. After dad the first 'big' concert I remember is seeing Lee Greenwood at Opryland in Tennessee as a kid. It isn't one of my highlights but I do remember feeling some kind of new magic among the crowd while he sang to us. But maybe that was just my earliest sense of false patriotism rearing up its ugly head inside of me. I had a great time.


Last concert?
Brazos in Austin, TX about a couple of weekends ago. It was breezy and fun. I think my friend was the only one there really dancing and into it at the packed out show. They performed with love and ease and excitement. Like a second wind from being buzzed by the sun all day in the afterglow of a great beach adventure and you don't take a shower so to keep the day on you because you're in fear of losing some of that ancient goodness that only Mother Nature can give.


Favorite concert ever?
I had the privilege to see Sigur Ros in New Orleans during the ( ) tour, I think. Everyone was church quiet and we were all in our own orbits around these Icelandic kids and their string section worshiping the gods of music and watching black and white footage of children on a screen in these little slow-motion scenarios reminding us of our own childhood being over but we remembered that we can grow up without feeling loss all of the time and moving forward with our art, our relationships, our own children, our giving back.


Least favorite concert?
Guster and Ray LaMontagne had me bored and uninspired. But the friend who took me to that is one of my favorite people in this world. I've heard and seen plenty that were worse but just not at that size venue and attendance.

Favorite thoughts, experiences about Pittsburgh?
I've never been. My grandfather (mom's dad) was from Philly. I know you guys have a wonderful Symphony Orchestra and I'll be in the museums when I go. But just like anywhere you visit it's the people that make a town diversely great and entertaining.

Thanks, Heath. It's so cool to discover new music. So glad I am able to spread the word about your terrific band.
Posted by Hughshows at 3:00 PM