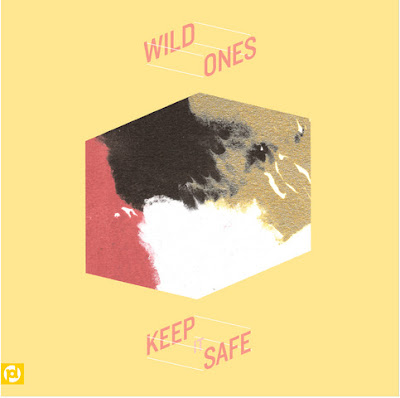 "Since its formation in 2010, Wild Ones has insisted on operating as a DIY collective. The band recorded and mixed its debut as a group (with help from engineer David Pollock). Sometimes considering each members’ opinion meant endless revisits and tweaks to the album’s tracks. The process was time-consuming, but it was also worth it. Most of Wild Ones’ debut was recorded in a two-story East Portland warehouse rehearsal space, where the band was surrounded on all sides by rock acts like Quasi and the Thermals. Wild Ones’ members come from vastly disparate musical backgrounds—guitarist Nick Vicario was a Portland punk icon long before he turned 18; bassist Max Stein is a classical composer—and all of their experiences inform pop music that is influenced by everything from german techno to American R&B. These are sounds that don’t usually come packaged together, but in the able hands of Wild Ones, they seem like a perfectly natural fit."

Check out the band at their official Facebook, Tumblr, Instagram, Twitter, SoundCloud and BandCamp. Today we swing by Oregon on the Paste 50 States Project to visit the indie pop love of Wild Ones. The band's debut, "Keep It Safe", is available now via Party Damage Records. I want to thank lead vocalist Danielle Sullivan for taking the time to participate in this edition of First/Last.

The first album you ever bought?
I think that the first album I bought with my own allowance money was Tracy Chapman's first self-titled album. Listening now, I realize that was some extremely dark material for a pre-teen with songs like, ‘Behind the Wall’. Good lord.


Your last album bought?
The “Empress Of” EP. I have been listening to it on repeat during these hot summer days in Portland.


Favorite album of all time?
“Gunfighter Ballads and Trail Songs” by Marty Robbins. It is the most beautifully wistful thing. My grandfather used to play this record when I was a baby and so I think it's somehow woven into my most basic understanding of the world.


First concert attended?
My parents took me to see The Judds at the county fair when I was a kid. I was raised by country music loving folks so most of my early music exposure was all slide guitars and southern twang.


Last concert?
My last concert was The Flaming Lips in Portland. We were lucky enough to open for them and it was truly magical. They put on such a spectacular and energetic show. I will not soon forget it.


Favorite concert ever?
I have a couple of favorite concerts. The first one was Broken Social Scene when I was 17. They were supporting “You Forgot It In People”, and never before or since have I seen so many incredible guitarists on one stage. My friends and I had elbowed our way to the front row, and I don't think we blinked the entire time.
Another favorite concert occurred around the same time, but in a tiny packed basement in Portland that used to be called "The Bird's Nest". Two bands that I had never heard of called L.A.K.E. and Kickball played and they truly blew my little teenage mind. I can attribute a substantial part of my initial drive to play music to that evening crammed up against a washing machine in that tiny basement.


Least favorite concert?
I can't think of any one specifically...

Any thoughts, experiences about Pittsburgh?
I have never been to Pittsburgh, but I can only hope that we'll tour there one day soon!

Thanks, Danielle. I am really digging your album. A future Pittsburgh visit would be very much appreciated!
Posted by Hughshows at 3:30 PM