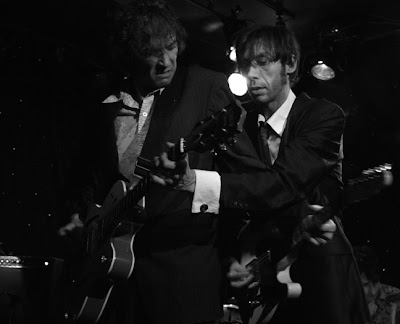 I cannot recall in recent memory how much a band totally blew me away with their set. They came on and absolutely crushed the room with their precise skill and ferocious playing. They were absolutely amazing and I will have much more from them in the coming days.
Posted by Hughshows at 8:51 PM 1 comment:

Image of the Day-"The Chorus" 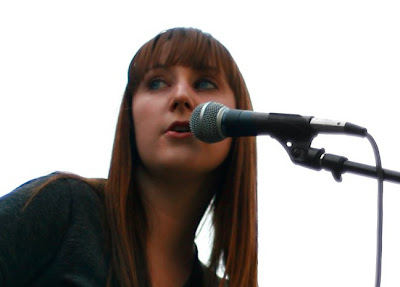 Donora was asked at the last minute to play this voter registration drive. I was excited that they would be playing an outdoor gig on a beautiful day...and I could make it home in time to watch the Steelers (too bad they lost a horrible game). Talking to the band about their full length debut coming out soon hopefully means they will be playing out a lot more in the coming months.
Posted by Hughshows at 7:23 PM No comments: 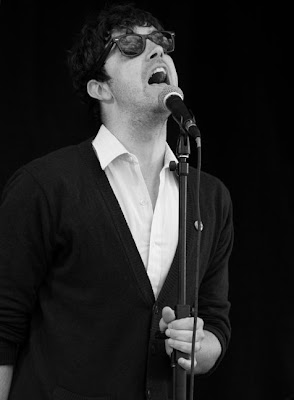 Magic Bullets
New American Music Union College Bands Stage
Saturday August 9, 2008
Southside Works
During this band's set I couldn't shake the image of Morrissey out of my mind. Frontman Philip Benson's charismatic mannerisms were a dead on ringer for the gloomy crooner from England. 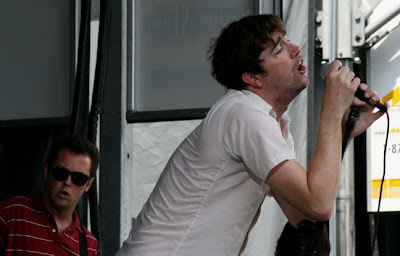 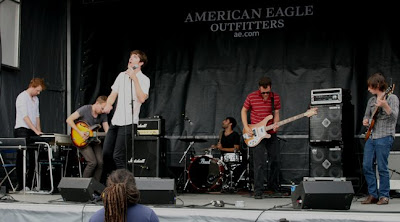 Posted by Hughshows at 10:10 AM No comments:

Image of the Day-"The Other Woman" 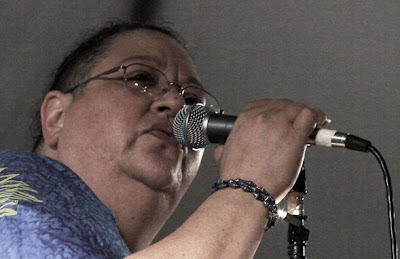 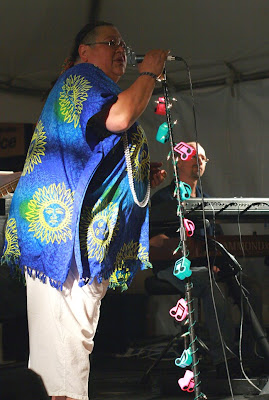 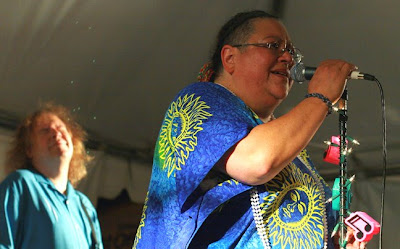 Posted by Hughshows at 12:09 PM No comments:

Image of the Day-"I Ain't Going Down" 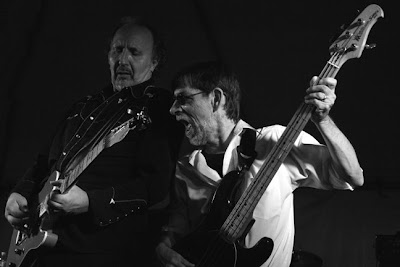 Joe Grushecky
Saturday September 6, 2008
Carnegie Arts & Heritage Festival
Carnegie, PA
This blues fest is in it's 21st year? Wow? Shutting down main street for a relatively free night of booze and blues on a late summer evening is sure the way to go. Yeah, I missed Cracker, Donora, Local Honey, The Grievious Angels, and Lohio who were all playing the same night. I like hometown legend Joe, even though he is always my least favorite guest at a Springsteen show. Good ole' blue-collar rock.
Posted by Hughshows at 6:03 PM No comments:

R.I.P Rick Wright
(1945-2008)
I usually limit my posts to Pittsburgh related music musings but I would be totally remiss if I didn't mention his passing due to the overwhelming influence his music had on me growing up. Sure, Roger Waters was Pink Floyd in many peoples opinions. Still, there was something about Wright's songs that hit me early on in my initial discovery of the band. "Remember A Day', 'It Would Be So Nice', 'Paintbox', "Summer '68", 'Great Gig In The Sky', and 'Us & Them' will live with me forever. The heartbreak of the piano in 'Nobody Home' is absolutely devastating. I will always treasure riding to Ohio for a Floyd show in '88 and being drawn like a zombie to the man playing the opening chords of 'Echoes'. Shine on indeed brother.
Posted by Hughshows at 2:51 PM No comments:

Image of the Day-"Mama From The Mountain" 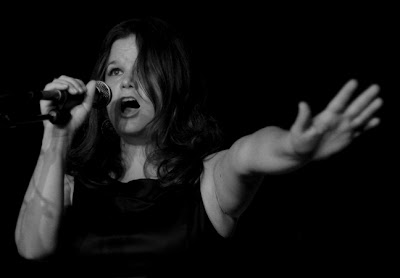 Cortney Tidwell
Saturday August 30, 2008
William Pitt Union Assembly Room
University Of Pittsburgh
She opened for The Silver Jews and was pretty good. She looked like Janis Joplin but wailed like Bjork.
Posted by Hughshows at 8:56 PM No comments:

Image of the Day-"Coming Home" 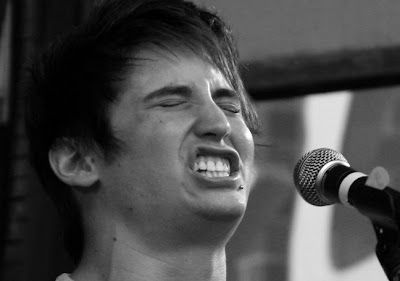 Nothing Unexpected
New American Music Union College Bands Stage
Saturday August 9, 2008
Southside Works
The only local act on the festival bill. I wouldn't have minded seeing more local flavor represent (including the main stage!) these guys ended up playing in front of the biggest crowd of the competition. I am sure it was no accident that their set ended as the gates of the fest proper opened. They delivered a highly energetic set. I'll have more from them tomorrow. 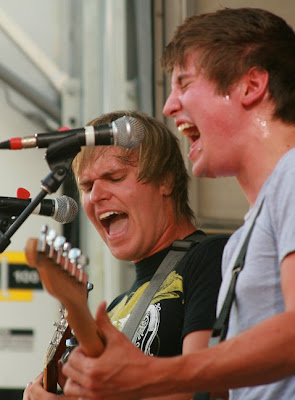 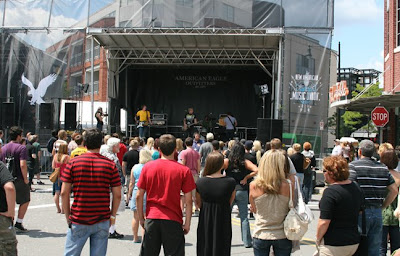 Posted by Hughshows at 10:50 AM No comments:

Image of the Day-"Bad Blood" 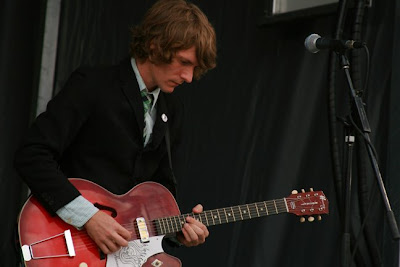 The Black Fortys
New American Music Union College Bands Stage
Saturday August 9, 2008
Southside Works
So it's about three bands into the day and I'm getting thirsty for a beer. The Black Fortys take the stage and not being blown away...or even the slightest impressed with their song I beeline to the nearest indoor bar. Go figure, they won the contest. That's how much I know. Listening to some songs on their myspace I realize I could've held off on the suds. They sound decent. 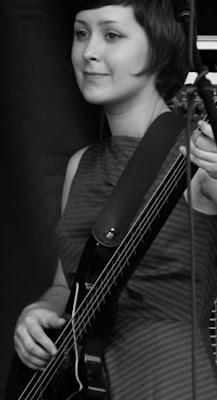 Posted by Hughshows at 9:21 PM No comments:

Image of the Day-"Suffering Jukebox" 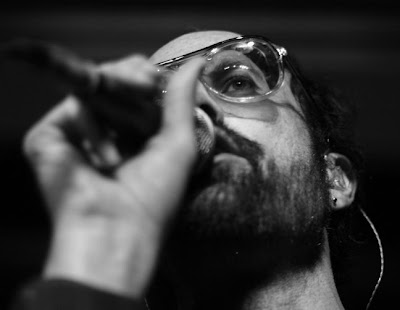 It's funny when you go into a show with zero expectations and come out a convert. That's sorta how this show went down with me. I am not gonna be rifling through Berman's trash anytime soon (as he seemed to be taking care of that himself on stage) but damn this concert was great. Easily in the Top 5 of the year (so far).
This turned out to be one hell of an enjoyable show. I was familiar with the Jews a tiny bit, but boy are they good live. David Berman's stage presence is quite...schizophrenic?, at least on this night. The band, who was spot on though, more than compensated for his overall aloofness. More pics to come later.

Posted by Hughshows at 5:58 AM No comments: