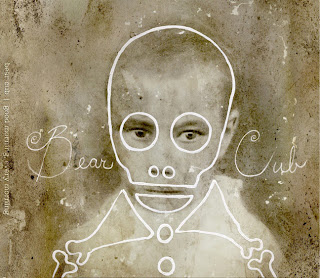 “Jesse Hall left the city he loves and a promising pop-punk band to follow a girl to Austin. All he got was a broken heart, a long trip back and the seed for one of the best albums to come out of Pittsburgh in 2010.”  Pieces of the debut record from Bear Cub were written on that 2,000-mile car trip back home and, in indie-folk/Americana style, it chronicles the singer-songwriter's ill-fated romantic venture south…"

The now Nashville-based band return 'home' to Pittsburgh tomorrow night to celebrate the release of their latest record, "Good Morning, Every Morning", at The Rex with local faves New Shouts and Gypsy & His Band of Ghosts along for the ride. Fun times for sure! My sincere thanks to songwriter Jesse Hall for participating in this edition of First/Last. 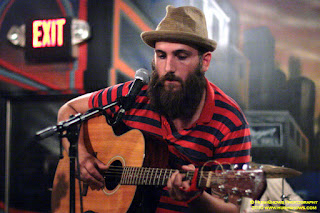 The first album you ever bought?
I'm not sure I remember. Probably a cassette single of "Regulate" by Warren G or "Gangsta's Paradise" by Coolio. Probably something like that.

Your last album bought?
I recently re-purchased Counting Crows "Saturday Nights, Sunday Mornings".  It's right up there with "August & Everything After" for me.

Any thoughts, experiences about Pittsburgh?
I grew up in Pittsburgh and mostly all of my immediate family lives there, so it's still very much home. Pittsburgh has treated Bear Cub so kindly from our first show and continues to treat us better than we deserve. I love Pittsburgh.

Thanks, Jesse. Pittsburgh loves ya back bro. I love it that you came back here for your release gig!
Posted by Hughshows at 7:30 AM No comments:

"If previous Winterpills albums have each represented a step forward in a continuous creative unfolding, All My Lovely Goners surely counts as a leap.
The western Massachusetts band’s fifth release, which came out Feb. 14, 2012 on Signature Sounds, stretches well beyond Winterpills’ previous boundaries on thirteen new songs that are at once identifiable, yet broader. All My Lovely Goners embraces the hushed vocal harmonies and graceful chamber-pop sound the group has made its trademark, while pushing the quintet into new sonic realms. Together, singer/songwriter/guitarist Philip Price, singer/keyboardist Flora Reed, guitarist Dennis Crommett, bassist Brian Akey and drummer Dave Hower have essentially redefined the creative spirit of Winterpills."

The band plays a free show tomorrow night as part of WYEP's Final Fridays series. My thanks to songwriter  Philip Price for taking the time to play along in this edition of First/Last. 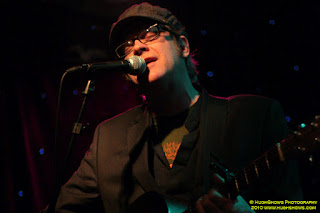 The first album you ever bought?
Neil Young, ”After the Gold Rush”.

Favorite album of all time?
The Beatles, “White Album”.

Favorite concert ever?
The Minutemen at the Peppermint Lounge, NYC, around 1985.

Any thoughts, experiences about Pittsburgh?
Love Pittsburgh! I always feel like I'm in some hilly misty eastern European city, where they just happen to have burgers with fries inside of them.

Thanks, Philip. It amazes me that my town will forever be known as 'the city with fries ON the sandwich'.
Posted by Hughshows at 7:30 AM No comments: 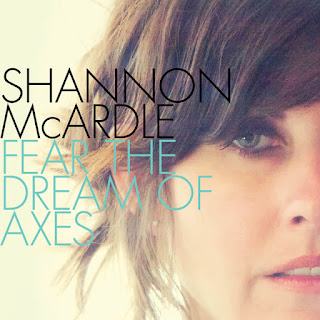 "The Mendoza Line recorded a remarkable body of work that wrestled with the intoxication of life and love on the edge of the new millennium. When Shannon McArdle left the Mendoza Line in 2007, she was also leaving behind a marriage to a fellow band member.
Shannon McArdle headed out on her own in 2008 with an unflinching report from the frontlines of divorce called Summer of the Whore (Bar-None). Music critic, Greil Marcus posted on Salon.com, “Debbie Harry had her finger on this trigger in Blondie's "Rip Her to Shreds," but Shannon McArdle makes you think she didn't pull it.”
Fear the Dream of Axes introduces us to a self-possessed Shannon McArdle who has fertility, Crown Heights, mythology, and murder mysteries on her mind. If the connection is lost on you, McArdle will make sense out of it for you in this unabashedly experimental marriage of pop, rock, folk, and more. The album is heavily influenced by masterful productions such as Marianne Faithfull's Broken English and Harry Nilsson's Pussy Cats. Former Mendoza Line member, Adam D. Gold takes the reins once again as engineer and producer."

I consider 2004 a pivotal year in my musical evolution. I discovered so many 'indie' bands that year which turned me into the musical glutton I am today. No band had more of an impact on me then the late, great The Mendoza Line. The band had three superb songwriters with Shannon being the sole female of the latter day incarnation of the group. I was and still am amazed at her fearless take on life that she put into her tunes. Her latest solo album, "Fear the Dream of Axes" (her second after the equally fantastic "Summer of the Whore") was recently released on Bar/None and I am thrilled that she took some time to participate in this edition of First/Last. 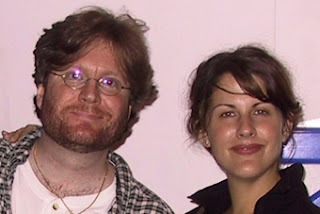 The first album you ever bought?
“Xanadu” soundtrack. I'm not sure where you're going with this.

Favorite album of all time?
Whoa! Do people really answer this one? How daunting! The first album that popped into my mind was “Imperial Bedroom”, so I'll just go with it. I've certainly listened to it more than any other record, most likely. It's magical to me.

First concert attended?
Stevie Wonder at the Albany, Georgia Civic Center with my mother, brother, and sister, 1984. I was wearing leggings with a hot pink boombox print.

Favorite concert ever?
Bob Dylan in Athens, Georgia in 1997.

Least favorite concert?
Hmmm. Well, I wouldn't want anyone to put me in here, so I'm leaving this one blank.

Any thoughts, experiences about Pittsburgh?
I think the last time I was there was the Garfield Artworks show!!! Jesus, it's been a long time.

Thanks so much, Shannon. First off, your music does and always will inspire me more than you'll know. And second, get your ass back to Pittsburgh, girl!
Posted by Hughshows at 7:30 AM No comments: 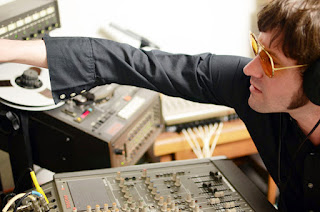 Brian most recently co-wrote and performed on Dr. John's album "Locked Down" on Nonesuch. He returns to Pittsburgh tomorrow night for gig Gooski's. My thanks to him for taking a few moments to participate in this edition of First/Last.

The first album you ever bought?
Queen, "The Game".

Your last album bought?
“The Rough Guide to Desert Blues”.

Least favorite/most disappointing album?
The one where David Bowie was still Davey Jones.

Favorite concert ever?
Neil Young in Golden Gate Park by accident. Some friends talked me into going to see Pearl Jam. I had seen them before and wasn't very excited. When it was announced that Eddie Vedder couldn't perform the crowd freaked out. A mass exodus had begun when the band started playing "Powderfinger". Neil Young walked out on stage. I went straight to the front and watched him play a 2 hour set!

Least favorite concert?
I saw "The Coasters" in high school. We showed up expecting the original members but what we got was five dudes looking/sounding like Bobby Brown.

Any thoughts, experiences about Pittsburgh?
Pittsburgh's always been good to me. It's a beautiful town. I'll never forget the first time I was shot out of the mountain onto the bridge!

Thanks, Brian. That's a great Neil Young story. How about the saps that left and found out later what went down? Ha!
Posted by Hughshows at 7:30 AM No comments: