Image Of The Day-"Slapped Actress" 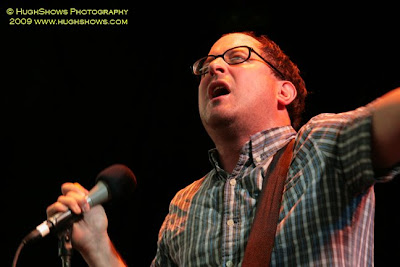 I was fortunate enough to obtain a photo pass for the bands set opening for Dave Matthews. Being my first experience with a pass at the venue, I was struck by the precision of the operations and restrictions that come with it. Talk about a well-oiled machine. Being the opener, the band played to what seemed to be dozens of uninterested people. I believe the lack of enthusiasm really affected the band who only seemed to perk up during their last few songs. Bummer. More photos here.

Posted by Hughshows at 10:09 PM No comments: 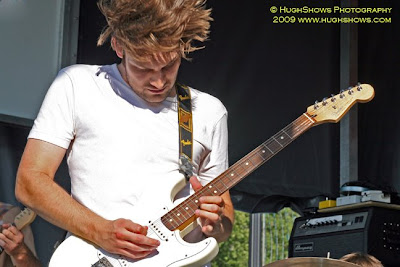 Another great set from the boys, this time blasting out in Oakland. Backing up Dar Williams was rough and rag-tag but really fun.

Posted by Hughshows at 11:04 AM No comments:

Image Of The Day-"I Don't Even Know Her Name" 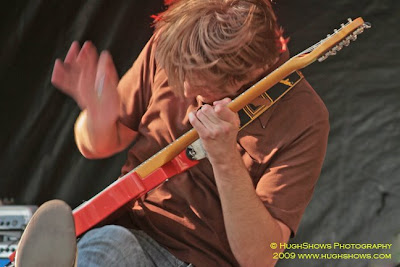 It was great to hear these guys blasting through a killer P.A. outside in the park. Usually in clubs I don't have the best audible vantage point hugging the stage snapping pics. The best thing about hearing them play is that they seem to have new tunes every time they play! Great stuff. AND they still hold my top stop of ANY release, national or otherwise, this year. More tomorrow from the YEP Summerfest gig last night (where they even backed Dar Williams).

Posted by Hughshows at 8:59 PM No comments:

Image Of The Day-"As In The Hearts Of The People" 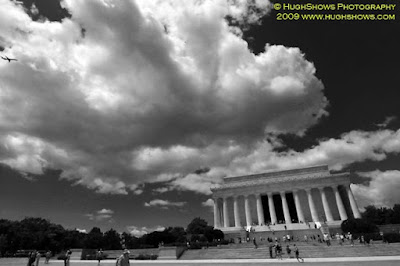 I haven't been to D.C. in a long time ('94 Dead shows at RFK). Seeing the sights with my kids brought back a flood of memories from when I was a tyke. The music posts resume tomorrow but if you want to see more of my vacation pics they are here. 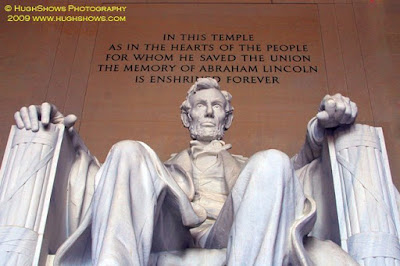 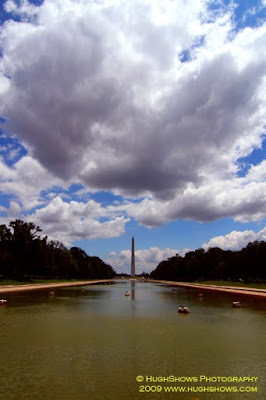 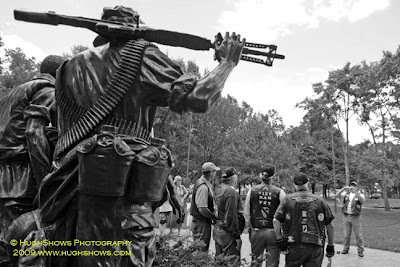 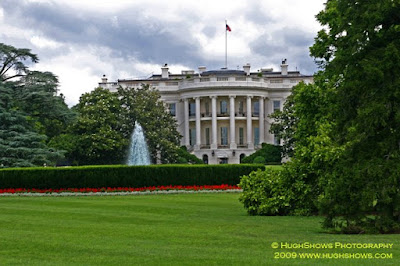 Posted by Hughshows at 8:51 AM No comments: 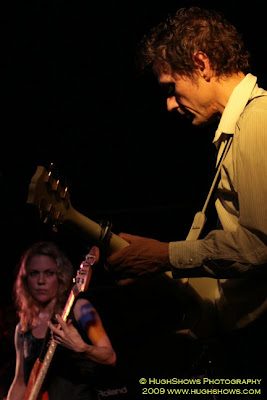 Hi everybody. I am going on vacation and will not be updating the blog. I have a lot of shows backlogged, including the ones pictured, and there are a TON of shows I am hitting this summer which will provide plenty of fertile material for this site (Jenny Lewis, Camera Obscura, Conor Oberst, Old 97's, Sam Roberts, Son Volt, Steve Earle, to name a few). As always, thank you for visiting my tiny piece of the interwebs and I will be back next week. 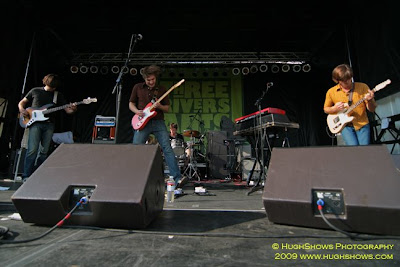 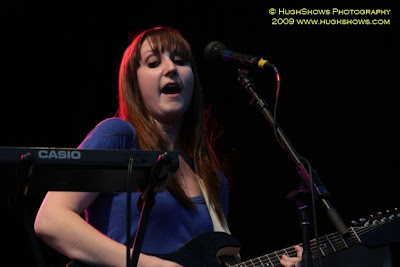 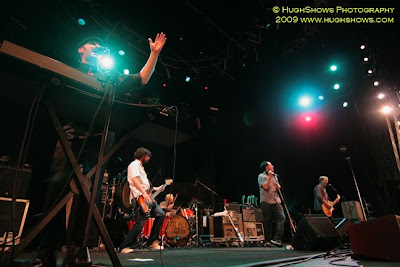 Posted by Hughshows at 7:38 AM No comments:

Posted by Hughshows at 9:18 AM No comments:

Image Of The Day-"Brother's Blood" 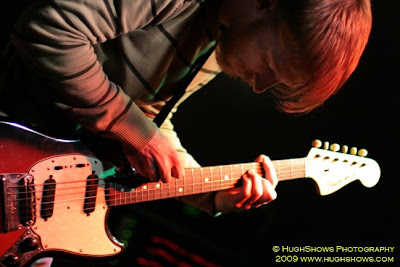 I have a personal list of songs I HAVE to hear live before I die. Many have been scratched off over the years thanks to seeing The Mendoza Line, Camper Van Beethoven, World Party, Neko Case, and Cat Power, among others, in concert. I had no idea who Kevin Devine was before I heard his tune 'Brother's Blood' and man did it instantly knock me out. I wasn't planning on hitting this show but on the strength of this song alone I HAD to see him play it live...before I die. I was not disappointed with the version or the entire show for that matter.

Let me talk a tad about the Altar Bar. It's a converted church with excellent sight lines through out even on the sides of the stages . It has an upper balcony snaking around the perimeter of the big room and for a fan the sound cannot be beat thanks to Sticks who works most shows. My biggest complaint as a photographer is obviously the lighting. They have these flood lights coming from behind the stage to totally wash out the bands back while there seems to be a couple tiny spots that barely illuminate the front. Tricky is an understatement when shooting there but other than that (oh yeah, the crummy location-yuk) I guess I shouldn't complain.

Posted by Hughshows at 12:43 PM No comments:

Image Of The Day-"Easy Speaks" 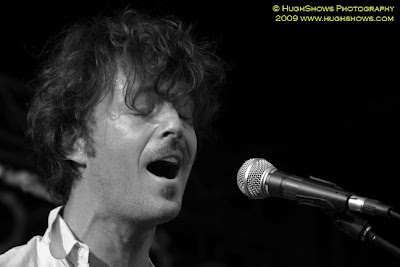 Lead Apostle Andre Whiteman is a member of Broken Social Scene (who isn't?), the Canadian 'supergroup' that's seems to be taking over the indie rock world. I wouldn't say these guys were bad...it's just that my daughters wanted to check out the fountain so I did miss most of the set. More tomorrow.

Posted by Hughshows at 7:01 PM No comments:

Here's a little tip for anyone thinking of going to see Neko on July 31. The Riverplex seating chart divides the reserved seats in two sections. As of today the second section went on sale and I scored a couple seats in Row A. I am assuming they are front row seats. Why they sold the entire First Section out before offering up the second section I don't know. I have been keeping an eye on it for a few months now so if you want killer seats before they get snapped up, act fast.
Watch, the seating chart will be different when I actually show up and I'll really be in ROW U. We'll see.

I just found out about this from my buddy. Sick line-up, FREE, and it's on July 4th to boot. Thank you Rock & Roll Gods! 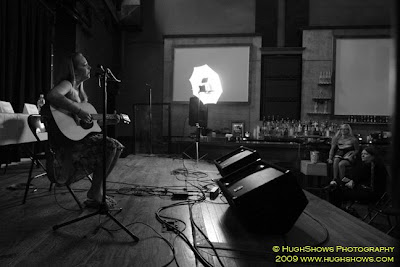 
As part of the conference, songwriter's took the stage at The Altar Bar throughout the day to break up the monotony of the panel discussions. Local phenom Maddie Georgi played a short set and exuded amazing confidence and professionalism especially for being only 16 years old! She made national noise as a runner up in the CMT Music City Madness online contest. Not bad for a teenager. Talk about a bright future.

Posted by Hughshows at 9:51 AM No comments:

Posted by Hughshows at 4:33 PM No comments:

Image Of The Day-"The Old Piano" 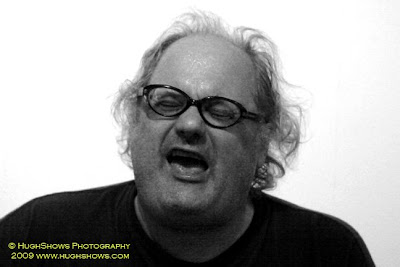 I never thought I would ever be able to see Dr. Chadbourne in person since I picked up the 'Camper Van Chadbourne' disc in the early nineties. I was psyched when this workshop was announced. I knew I couldn't make the main performance tonight but this was a terrific consolation. I am confident that this was even better. He played and discussed his career, banjo history, and most importantly, his songs for a good ninety minutes to a very attentive crowd of a dozen in the most relaxed setting you could imagine. He was funny, personable and very informative. An extremely cool time.

Posted by Hughshows at 4:39 PM No comments:

Image Of The Day-"Clouds Look Painted" 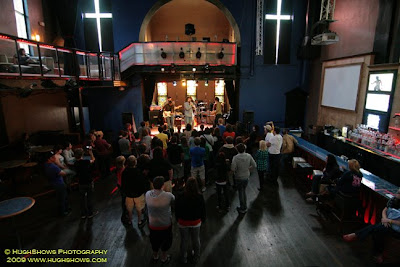 
Discovering a new band is an exciting thing for me. When it occurs in a live setting is thrilling. These rag-tag neo-hippies who I never heard of weren't even scheduled to be on the bill but stumbled onstage and delivered a fun and energetic set. They are somewhat local (Johnstown-an hour and a half away) and I would love to see them play again. C'mon, their Myspace Influences list pretty much says it all!

Posted by Hughshows at 4:09 PM No comments:

Posted by Hughshows at 5:40 AM No comments: 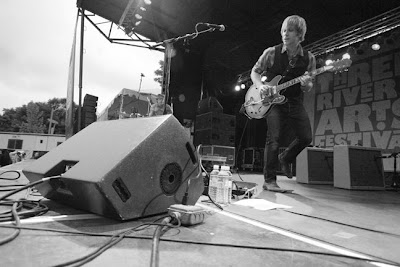 
Don't get me wrong, The Black Keys are cool. There has been some local 'uber'-adulation towards these guys since playing here last summer. And yes, while they were good, it all started sounding the same to me after awhile. It wouldn't kill these guys to get some more band members...just my opinion.
Posted by Hughshows at 5:48 PM No comments:

Image Of The Day-"Kiss Me Again" Jessica and her band kicked off the main stage musical performances for the 50th Anniversary of the Pittsburgh fest. Her folky vibe was perfectly suited to warm up the crowd for headliners The Black Keys. She reminds me a lot of local gal Emily Rodgers, especially her voice. Her brother David played bass and was extremely cool to me on my quest for band siggys. Thanks man!

Posted by Hughshows at 12:16 PM No comments:


Posted by Hughshows at 9:11 PM No comments:

Posted by Hughshows at 10:02 PM No comments:

Image Of The Day-"Come On Come On" 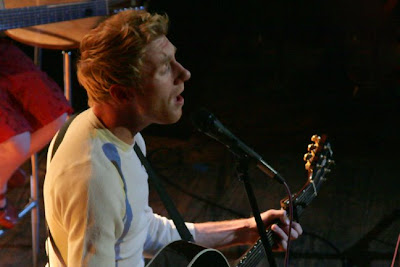 This showcase was part of The Sardonyx Music Conference that was taking place all day at The Altar Bar. Several musicians performed three tunes in a round robin setting. Ben's stuff sounded extremely sweet unplugged. I especially dug a new tune he played.