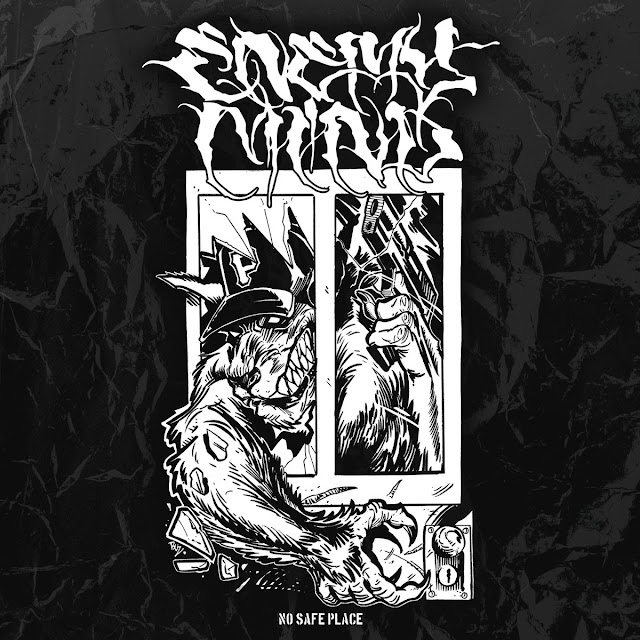 Enemy Mind is a death metal band from Pittsburgh who's latest release, No Safe Place is available now via German label Beat Down Hard Wear. I want to thank Andy Kichi (Guitar) for taking the time to participate in this edition of First/Last.

The first album you ever bought?
Probably …And Justice for All from Metallica. It was either that or Seasons in the Abyss by Slayer.

Your last album bought?
I recently got a special edition vinyl of From Dusk Til' Dawn's Soundtrack. It was a limited edition deal, I think only 500 made or something like that.

Favorite album of all time?
Would have to be Pantera's Great Southern Trendkill.

Least favorite/most disappointing album?
Load by Metallica. It was a big disappointment

Least favorite concert?
I would have to say I've honestly never been to a BAD concert. I have been to concerts where the sound wasn't up to par, but It was not a terrible show overall.

Favorite thoughts, experiences about Pittsburgh?
I live in Ohio now, but Pittsburgh will always be the place that feels most like home. You just can’t beat the kind of people and community that city has. I have a lot of good friends from there, and wouldn't want to grow up anywhere else.

Thanks, Andy. I remember seeing a Deep Purple show at the Civic Arena on the Perfect Strangers tour and that still goes down as one of the most underrated concerts I've ever been too. They were so good.
Posted by Hughshows at 10:00 AM No comments: 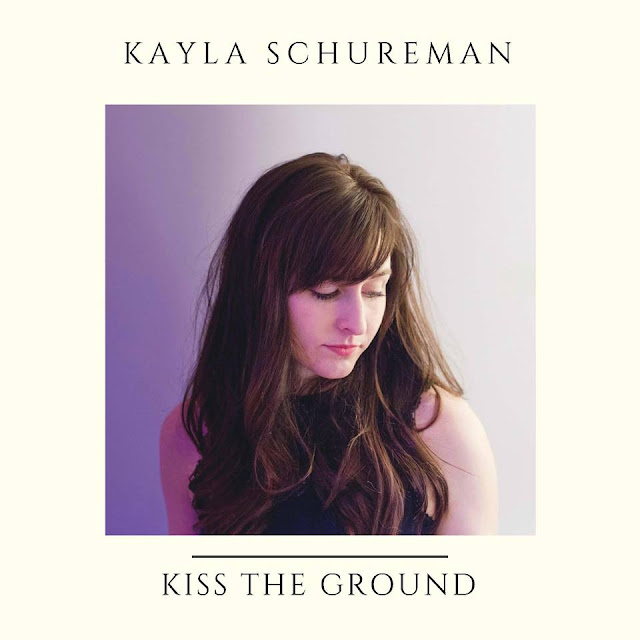 "At times dark and desperate, each track still glistens with the hope of the great wide open, territory that Schureman narrates and navigates with one eye on the rearview and her foot on the gas.  A little bit country, and never short on rock and roll, the album tells a story that’s there and back and gone again with plenty of guitar along the way."

Kayla Schureman is a Pittsburgh based Americana singer-songwriter who just released her debut today called Kiss the Ground. She will be celebrating on Saturday April 8 with an official release show at The Funhouse at Mr. Smalls. I want to thank Kayla for being a recent musical guest on HughShowsTV Episode 9 and for taking the time to participate in this edition of First/Last.

The first album you ever bought?
When I was eight I bought Paula Cole's album, This Fire. So random. But it was the 90's and I liked a song from it.

Your last album bought?
I stream now to keep up with new releases, but I recently bought a physical copy of Ryan Adams, Prisoner.

Favorite album of all time?
Man, my favorite constantly changes. I don't know if I've ever held one favorite above the rest. If I answered that today it would change by next week.

Least favorite/most disappointing album?
Well, there are certainly albums I bought and then grew out of over the past twenty years of buying music. I will say I had higher hopes for the new Rolling Stones album, Blue and Lonesome. I think it's...forgettable.

Last concert?
(If I am not counting local shows) Florence and the Machine... I think.

Favorite concert ever?
This is tough! Probably seeing Feist one summer in Pittsburgh during her Metals tour.

Least favorite concert?
When I saw Justin Townes Earle in San Francisco years ago. He kept having technical issues with the sound and got pretty pissed off.

Favorite thoughts, experiences about Pittsburgh?
I've only ever lived here as an adult but this place has really grown on me the past five years. I love the seasons. I've met a lot of great artists and friends here. The music scene here survives because the people involved have a two-way street approach and support each other. I hope that never changes.

Thanks, Kayla. I actually was going to photograph that Feist show and voluntarily turned around at the gate when I was told that I was only permitted as far as the soundboard. Photos look so stale from that vantage point and I said "deuces."
Posted by Hughshows at 10:00 AM No comments: 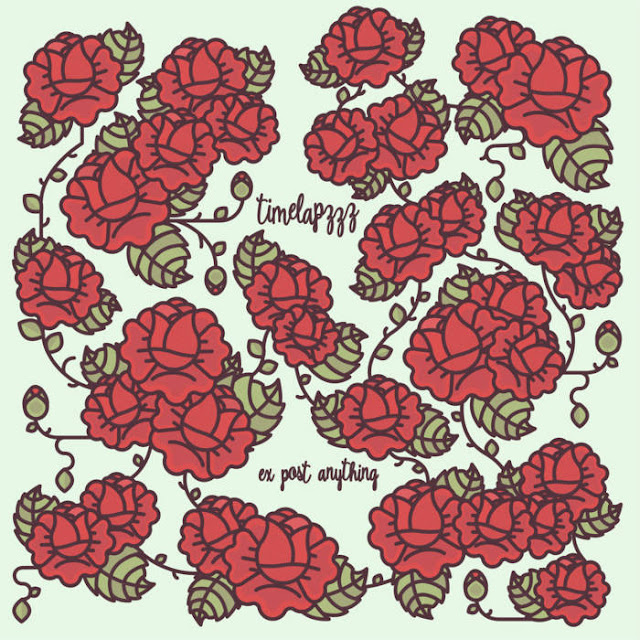 "He surfaces suger-laden melancholic hooks through a curtain of haze and thick low end: all the essential ingredients of catchy electronic pop."

Timelapzz is the moniker of Aaron Joseph, a Philly songwriter/producer who's will be stopping through Pittsburgh this Friday (3/24) at Cafe Verona in support of his debut release Ex Post Anything. I want to thank him for taking the time to participate in this edition of First/Last.

The first album you ever bought?
No Doubt’s Tragic Kingdom. Because of my mom, I grew up listening to a lot of lady songwriters/lady-fronted bands like Laura Nyro, Carly Simon, Fleetwood Mac. In fourth grade No Doubt had just crossed over from ska and I was just starting to discover music on my own and it felt really fresh and new to me. When you’re that age you’re such a perfect receptor for ANYTHING that’s popular, while also lacking the ability to judge and filter it. ALSO No Doubt was my first concert, and it’s really nice to have this memory of Gwen Stefani before she became this icy, humorless representation of mainstream corporate music.

Your last album bought?
I’ve become less and less of a purist about where my music comes from. These days if I want to hear something really fresh or some really interesting producers and songwriters I’ll go on Soundcloud. A lot of times I’ll put myself into a k-hole on there to get inspired before hitting the studio. Spotify, too. Last year I got really fired up about new Frank Ocean album – I bought that just to get around the Apple Exclusive.

Favorite album of all time?
I have a handful I go back to all the time:
LCD Soundsystem – Sound of Silver
David Bowie – Station to Station
Kate Bush – Hounds of Love
Kanye West – Yeezus

Least favorite/most disappointing album?
I am 30 now, and I think much less of a hypebeast about new albums than I used to be. As much as I loved watching that train wreck of a rollout for Life of Pablo, the record itself doesn’t hold up a year later. Maybe disappointing isn’t the right word, just overshadowed by the public process surrounding it.

Last concert? I saw Shamir last month and his new stuff is really cool, huge departure from the first record. Also Marie Davidson at this tiny divey club in South Philly was transcendent.

Favorite concert ever?
In 2013 I was coming back the next day from a show in Brooklyn and so hung over. Like “puking in bathroom sink of a midtown McDonald’s” hung over. Just a mess. It was cold, it was February, and I was waiting through bus after bus to ride standby back to Philly. I played a totally forgettable show later that night, BUT THEN I ended up at this huge warehouse dance party. Parquet Courts was playing and this was right after Light Up Gold came out. It was a total communal experience where everyone was dancing and losing their shit and dragging me out of post-hangover into this higher state.

Least favorite concert?
I’m old and picky about concerts now, I don’t really go if I’m not sure I’m going to have a good time. Probably the closest thing would be Kanye’s most recent tour, where he cancelled the Philly date twice after I’d been so hype about it. Sorry for talking about Kanye much… now you know how my friends feel!

Any thoughts, experiences about Pittsburgh?
The people. Every time I play a show in PGH everyone is so friendly and hospitable, down to earth. We’re both the oddball big cities in this backwards state and I always enjoy meeting y’all. Also yinz > jawn.

Thanks, Aaron. I have always had this weird love/hate relationship with Philadelphia. It's like we are supposed to be 'sister-cities' or something, yet the only thing we do share is being stuck in the Commonwealth.
Posted by Hughshows at 8:03 AM No comments: 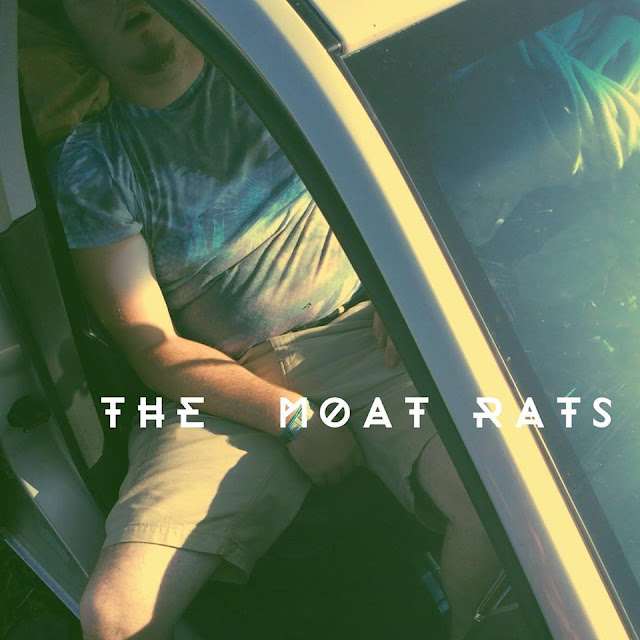 "The Moat Rats are a group of old friends, who decided to do something productive with their time."

The Moat Rats is a Pittsburgh area jam rock eight-piece collective that delves into varying styles such as r&b,  reggae, jazz, new age, pop, and soul. You can check out their vibe this Friday (3/27) as they take on St. Paddy's Day at the Oakmont Tavern. I want to thank Karli Blotzer (Vocals) and James Held (Drums) for taking the time to participate in this edition of First/Last.

The first album you ever bought?
Karli Blotzer: Honestly probably …Is a Real Boy Say Anything.
James Held: AC/DC Back in Black.

Your last album bought?
Karli: The Commonheart Grown. Some of the best in Pittsburgh right now no doubt.
James: Steely Dan Countdown to Ecstasy.

Favorite album of all time?
Karli: Toss up between Kid Cudi Man On the Moon: The End of Day and David Byrne & St. Vincent Love This Giant oddly enough.
James: Dr. Dre The Chronic. I'd be lying if I said anything else.

Least favorite/most disappointing album?
Karli: No question Miley Cyrus & her Dead Petz Miley Cyrus but why should I have even expected anything from it in the first place?
James: Every Pearl Jam album after Ten.

Favorite concert ever?
Karli: Say Anything's …Is a Real Boy 10 year anniversary concert. I went by myself, was crying and sang every word.
James: Love to see Slightly Stoopid live anytime they're in town, same with Rebelution, nothing like the vibe at a reggae show.

Favorite thoughts, experiences about Pittsburgh?
Karli: It's a great place to grow, there's an amazing sense of community in the music scene which allows the city to become a perfect place to cultivate ideas. I couldn't ask for a better place to be at this point in my life.
James: My parents are both musicians along with my twin sister who plays bass for The Moat Rats, and getting to grow up playing music with them around the city has been awesome. Pittsburgh speaks for itself.

Thanks, Karli and James. "Pittsburgh speaks for itself" is one hell of a slogan, James!
Posted by Hughshows at 8:06 AM No comments:

The band submission page to play the Saturday (7/15/17) portion of the festival has closed.

If you want to play the Friday night (7/14/17) of the festival, submit your intentions now at the link below.

Posted by Hughshows at 11:31 AM No comments: