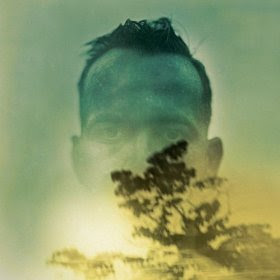 "It’s no secret that roots-focused Americana music has come back onto the scene with an acute ferocity. But while others are mining the past for inspiration, trying to connect modern times with those of a slower, rustic and community-based livelihood, Duquette Johnston emerges with this balance already infused in his being and his music, and with his upcoming album Rabbit Runs A Destiny, he shows how expansive and innovative it can be when you embrace home and yet are willing to leave it. Over his last three records, Johnston explored his relationship with Alabama, where he’s been a fixture in the music scene for over twenty years, offering many raw looks at his time coming out of 90’s rock and roll (he founded and played bass for Verbena before the band signed to Capitol Records), the costs of fame and the toll it can take on the creative mind. But through the trials, three exquisite records emerged, each building on the others’ strengths and revealing Johnston’s knack at writing songs in his own commanding voice."

Check out Duquette at his official Website, Facebook, Twitter, Instagram, SoundCloud, and YouTube. We close out the week of my coverage of the Paste 50 States Project in Alabama with Duquette Johnston. He released his latest album, "Rabbit Runs A Destiny" through a successful PledgeMusic campaign, which I always love to hear about. My thanks to Duquette for taking the time to participate in this edition of First/Last.

The first album you ever bought?
I think it was AC/DC “Back In Black”, it was so long ago.


Your last album bought?
The National “Trouble Will Find Me”.


Favorite album of all time?
Man that is hard to narrow down one album out of the thousands that I love. One I that I never get tired of is Neil Young “On the Beach”.


First concert attended?
My first concert I ever attended was the Bee Gees. My mom had just moved us to Birmingham, Alabama and had not baby sitter. I think it was at the end of 1979 and she took me and my brother and sister to the concert. That memory has never left my mind.


Any thoughts, experiences about Pittsburgh?
Man to be honest it has been quite some time since I have been to Pittsburgh. Hoping that will change very soon and I can get some new experiences up there.

Thanks so much, Duquette. Here's hoping you do make it back to Pittsburgh soon.
Posted by Hughshows at 3:30 PM