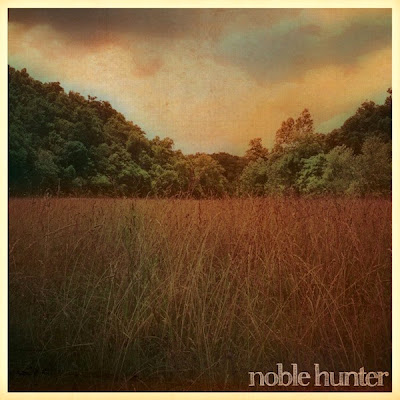 "Noble Hunter is an indie folk rock band from New York City. In July of 2012, they released their first (and self-titled) record. It debuted as the best selling folk record on Bandcamp in its first week. The band has played with artists such as James Vincent McMorrow and Maps & Atlases."

Check out the band at their official Website, Facebook, Twitter, Tumblr, YouTube and BandCamp. The band is touring behind their debut self-titled album and hit up The Center of Harmony this Friday. I want to thank Kevin Garrett (Guitar/Piano/Organ/Noise/Vocals) for taking a few minutes to participate in this edition of First/Last.

The first album you ever bought?
One of the "Very Best Of" Ray Charles records: I got it at Target with some birthday money when I was like 8 or something.


Your last album bought?
“Grownass Man” by The Shouting Matches: It was good, but I didn't like it as much as I thought I would. It kind of just showed me that once you're famous you can get away with anything.
OR
“Love Songs Drug Song”s by X Ambassadors: Pretty solid EP.


Favorite album of all time?
Too tough to answer. I can't have just one at any given moment. Right now, “Cannon Falls Forever” by Taurus is one of my favorite records ever and has been since they released it a couple years ago.


Least favorite/most disappointing album?
I think it is going to be the next Mumford & Sons album, but until then, probably “Hummingbird” by Local Natives or “Channel Orange” by Frank Ocean because my expectations were too high. Or “High Violet” by The National.


Last concert?
Fleet Foxes at United Palace Theater in NY, but we go to shows all the time so really... Alan Hampton with Rumblefoot at Rockwood Music Hall. It was killin'.


Favorite concert ever?
That Fleet Foxes show. They sounded perfect.


Least favorite concert?
Britney Spears on her ‘Oops I Did It Again Tour’. So much lip syncing. I'm also seriously answering this question. I went with my Uncle, and we had a good time.


Any thoughts, experiences about Pittsburgh?
I grew up in Pittsburgh and still spend a lot of time there when I'm not in Brooklyn with the rest of the band. I'm one of Pittsburgh's biggest fans. I think as a band, we always have entirely too much fun in Pittsburgh.

Thanks, Kevin. Another Pittsburgh boy going off to the big city to find his muse, huh? Love it that you are a 'native'.
Posted by Hughshows at 7:30 AM

OMG - I think I was at that Elton John concert at Starlake.....and it wasn't my first concert......ahhh old age!