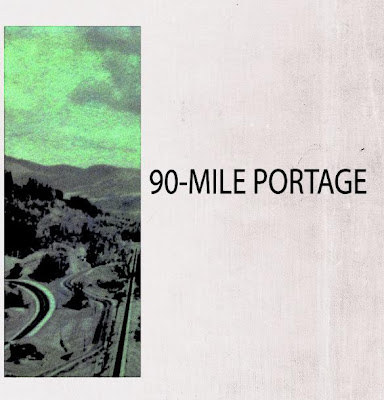 "Ben Cosgrove is a composer, pianist, and multi-instrumentalist based in Boston, MA. He performs regularly both as a solo artist and as a sideman, has written scores for films, plays, radio, and television, and has produced several well-received albums of his original work. His compositions have been called both "compelling and powerful" and "delicately romantic," and his live shows have drawn crowds across the US and Canada."

Check out Ben at his official Website, Facebook, YouTube and Twitter. Ben is touring behind his latest EP, "90-Mile Portage", and stops at the burgeoning Center of Harmony this Sunday. I want to thank him for taking a few minutes to participate in this edition of First/Last.

The first album you ever bought?
This will all be pretty incriminating. I'm fairly certain that I bought two CDs that day. One, I think, was "Skyline Firedance Suite," a New Age record, by a pianist named David Lanz. I actually still slip some of his music into my sets. The other was "Bad Hair Day" by Weird Al Yankovic. The third CD I ever bought, though, was called "Heigh Ho Mozart," and it was a collection of Disney songs performed in the style of various classical composers. My musical upbringing was sort of strange.

Your last album bought?
I just picked up the new album by The National, which I'm not ashamed to confess I'm completely obsessed with. They just pay such maniacally close attention to texture and form and I think each one of their records really rewards repeated listens.

Favorite album of all time?
Man, I don't really know. Up there in the top two or three is a CD called "All is Well" by Sam Amidon, who is a folk singer from Vermont. It was produced by this amazing studio/label in Iceland that has made a lot of my favorite music: Sam sings these spare, haunting old songs and those tracks are then carried aloft on these amazing orchestrations written by the composer Nico Muhly.

Least favorite/most disappointing album?
Wow, huh. I don't know if I can answer this one. I was pretty annoyed with that last Mumford album (I thought it was overcompressed, overproduced, etc), but I don't think I would call it my least favorite of all time.

First concert attended?
Amusingly, this was the Dave Matthews Band at some gigantic arena in Connecticut. I went with my older cousins and I was about twelve. It was also the night of my first beer, which seems every bit as momentous an event as the concert itself. An incredible organ trio called Soulive opened that night, and they were perhaps the best part.

Last concert?
Josh Ritter at the House of Blues, Boston. It was brilliant. Most of his band is from this area, so it was kind of a hometown show for them. They nailed all these weird transitions and lineup changes and instrument swaps, and he did a really neat acoustic set in the middle that more or less sold the whole thing for me.

Favorite concert ever?
This is another hard one to answer accurately. I can say that my favorite show in recent memory was when I saw Chris Thile and Brad Mehldau play together at the Berklee Performance Center. I just had no idea what they would sound like together, and was surprised at how weird and beautiful the resulting music was. They played a lot of music -- a couple of Radiohead covers in particular -- that was totally mesmerizing when rendered on piano and mandolin. I remember they closed with a slow, haunting, and harmonically bizarre version of ‘I Cover the Waterfront,’ which is this old standard that I'd only heard John Lee Hooker play before. Each player was obviously so sensitive to all the sounds being made by the other one, and it was incredible to watch them work.

Least favorite concert?
Uh, I opened for a guy once in central Pennsylvania, sort of a soft-spoken singer-songwriter type from out of town who happened to be touring through the area at the same time I was.  Midway through his set, a big dude with a case of harmonicas walked into the venue and somehow insisted on loudly accompanying him for the rest of his show, to the obvious anguish of the hapless guy onstage. And the thing was, he was sort of a terrible harmonica player. I mean, it was amusing (if a little painful/awkward) at the time, but all of us in the crowd couldn't really believe what we were watching -- no one appeared to know who this new character was -- and we all sat horrified and totally transfixed for the hour or so that this went on. Resultantly, nobody made any move to help this poor guy out, which I feel rather bad about. We were all just stupefied.

Any thoughts, experiences about Pittsburgh?
I like Pittsburgh. I played here for the very first time last summer and was really taken with the landscape. I love how the city bursts into view all at once when you're coming in on the freeway from the west and you just erupt out of that mountainside. I love all the bridges. I like that so many things are named for ketchup. I also tend to like cities with lots of rivers and hills in general -- I think it's a cool way to guarantee that you'll always have a distinct sense of where you are.

Thanks, Ben. That harmonica player story is priceless. There is a room full of people who don't know what to do? Now that is awkward!
Posted by Hughshows at 7:30 AM