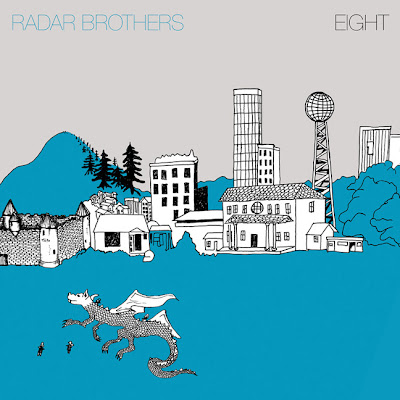 "Radar Brothers return with Eight, a very special new release only available on LP and digital beginning January 29. Featuring an expanded band of brothers including Stevie Treichel and Be Hussey from The Illustrated Garden as well as new members Dan Iead (formerly of The Broken West) on guitar/pedal steel, Brian Cleary on keyboards and Ethan Walter on piano and synthesizers. Between the two keyboards and Iead and Putnam's guitars, the band orchestrates a swirling fervor that glides over Treichel and Hussey's rhythmic aggressions. The band called the record Eight (being their eighth), and it may well be Radar Brothers' darkest, hardest rocking, most psychedelic, and yet most intensely personal album to date. From Putnam's tribute to Joni Mitchell's cover art (The Hissing of Summer Lawns) to the surreal, picturesque lyrics to the unidentifiable textures and sounds that pour from your speakers like liquid paintings, this may also be the band's most visual album to date. So forget everything that you know or have ever thought about Radar Brothers. From the very start, Eight explodes with newness and bold, otherworldly jaunts. While paying tribute to their past on several songs, the band retains its swagger in this new territory throughout the rest."

Check out the band at their official Website, Facebook, Twitter and Instagram. They have always been a very favorite of mine and they have recently released the appropriately titled, "Eight", from Merge Records which is just as fantastic as the previous seven. They embark on a Summer tour tomorrow that hopefully will expand to include the Northeast on a second leg. I want to thank Biggest Brother Jim Putnam for taking a few minutes to participate in this edition of First/Last. 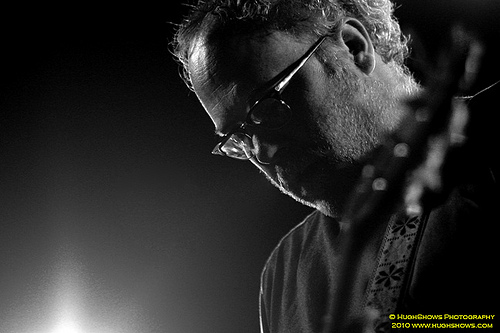 
Least favorite concert?
Any festival I'm at with fun. Playing.


Any thoughts, experiences about Pittsburgh?
Very pretty, dark gothic American city. Every time I roll into Pittsburgh, I feel like I'm in the black forest of Germany or something. Very unique place!

Thanks so much, Jim. It means a lot to me you playing along. Come back to Pittsburgh, we'd love to have you.
Posted by Hughshows at 3:30 PM