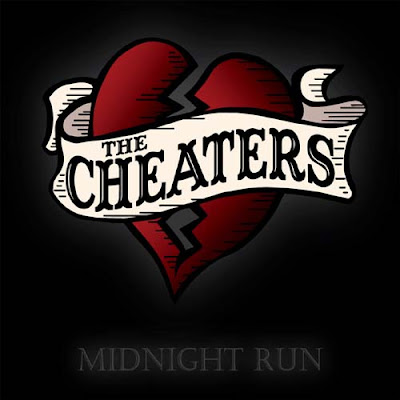 “Whiskey-Fueled, Home-Fried Rock and Roll”… that’s The Cheaters. Proudly hailing from the Mid-Atlantic, The Cheaters are set to take on the world by delivering their unique brand of in your face rock-n-roll with an attitude all their own.
In only a few short years, The Cheaters have released two critically acclaimed CD’s, sold thousands of records, and played hundreds of shows throughout the U.S.A., not to mention successfully performing in Europe, Guam and Japan. The Cheaters have also shared the stage with such diverse national acts as ZZ Top, The Pretenders, Shooter Jennings, The Stray Cats, Ace Frehley, REO Speedwagon, The Wailers, and this past summer, were the opening act for Kid Rock and Lynyrd Skynyrd in Virginia. This is a band that has a little bit of something for everyone and any time The Cheaters play, you can bet they will leave the crowd wanting more.
The Cheaters’ live performance is a non-stop barrage of the band’s energy, talent and showmanship that draws the crowd in, and won’t let them go until they break a sweat. The band’s most recent single, “Hey Hey Rock N' Roll”, is a direct byproduct of the band’s raw power and musical talent. With each album this band gets better and better and every time you see them, The Cheaters’ live performance confirms what their fans already know, and the converted have just discovered; this is what rock and roll is supposed to be, and this is a band that’s here to stay."

Check out the band at their official Website, Facebook, YouTube, Twitter and MySpace. They stop in Pittsburgh Friday night at the Hard Rock touring behind their latest effort, "Midnight Run", with support from The River's Own. My thanks to Jason Morton (Guitar/Vocals) for taking a few moments to participate in this edition of First/Last.

The first album you ever bought?
Pearl Jam, “TEN”.


Favorite album of all time?
The Black Crowes, “Shake Your Money Maker”.


First concert attended?
Jimmie's Chicken Shack. I saw this show at a local fire hall in Crofton, MD when I was in 8th grade. They are a 4 piece band that had to perform as a 3 piece that day because they're guitar player got arrested the night before. Kudos to the band for still having a great show, despite the situation.


Favorite concert ever?
2000 HFStival w/ Stone Temple Pilots and Rage Against The Machine.

Any thoughts, experiences about Pittsburgh?
We've played Pittsburgh a few times before and always had a blast. We're good buddies with Pittsburgh natives, 28 North. We realize that the band has relocated to LA, but play a show in the city every year. We also just played Stage AE with Zoso (The Ultimate Led Zeppelin Experience) back in February and had a great time. What an awesome crowd response?!?  Although, I made the mistake of announcing that we were from Baltimore and half the place gave us a great big BOOOOOOOOOOO! Apparently, that doesn't go over too well here! :(  They like the music though. :) Either way, we really enjoyed the last time we played Hard Rock Pittsburgh, and can't wait to do it again on May 3rd!  See ya then.

Thanks, Jason. Baltimore...yeah, it's not you , man. It's your football team. I know, I know...like it or not that's just Pittsburgh for ya.
Posted by Hughshows at 6:21 AM