Image of the Day-"Landlocked Blues" 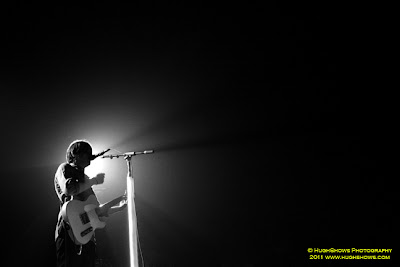 I like Bright Eyes. I really like the "I'm Wide Awake, It's Morning" release. I like his solo and Mystic Valley Band stuff more than his other albums. O.K. got it? I have found that people who do like Bright Eyes, LOVE Bright Eyes. Case in point, talking to some fans in the front row, I found a girl who waited twelve hours in line to be close to the stage. She was from Australia and flew over for this tour. She was on her 24th show so far! Nice. Another fun fact: Playing keys in this configuration of the band was none other than Laura Burhenn from The Mynabirds, a friend of this blog. More photos  here.

Posted by Hughshows at 8:07 AM