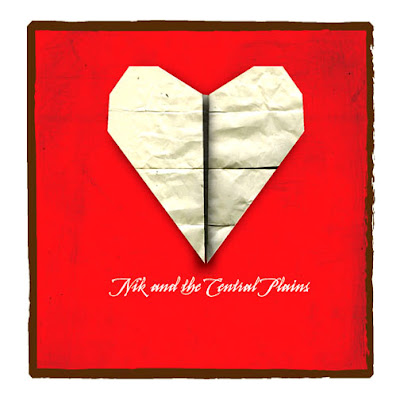 Nik and the Central Plains-Walk on Beaches
Nik and the band released this in April and I only picked it up at his show last May. I was blown away how good this was. Maybe it was because I probably heard all the songs live many times or that it is a more cohesive 'band' sounding album than his debut but whatever the reason, I love this record. If you live in Pittsburgh and haven't heard it, pick it up at any of his shows or online here.


Other artists of note:

Woods-Sun and Shade
I vaguely heard of this group through all the constant buzz-bandiness love from the hipster music sites and never thought I had the time or effort to really invest in them. My bad. Lo-fi, psychedelic, fuzz-rock, whatever...this is such a good release. I like the semi-eclectic styles scattered throughout it.

BOBBY-BOBBY
I caught this band opening for The Low Anthem earlier in the year and kind of remember them being good but this debut is strangely enjoyable. It's not an easy listen but once you succumb to the uniqueness of it, it's really well worth it.

Centro-matic-Candidate Waltz
After having discovered Centro several years ago, they have become an essential band for me. No matter what they release I expect great things from them and their latest is no exception. Now if they would just come to Pittsburgh!!!

Calhoun-Heavy Sugar
Another Texas band making waves in their hometown of Fort Worth. This is the fourth release of sugary AM pop tunes from the quintet.

The Dodos-No Color
Check these guys out at Smalls in the fall. Get there early for openers The Luyas.

Dream Diary-You Are The Beat
Lush dream pop from this NYC trio. I am beginning to really dig this 'dream pop' stuff.

Frank Turner-England Keep My Bones
Frank is beginning to make some well deserved noise here. He's graduated to the bigger room of Smalls come September having just played Brillobox a few months ago.

Ha Ha Tonka-Death of a Decade
Ha Ha Tonka are the little band that could. Like many of the artists I try to spotlight in these posts, they put out great music and yet seem to be so under the radar that no one ever seems to hear of them.

Pete and the Pirates-One Thousand Pictures
Second album from this English band full of power pop/rock with a touch of synth goodness.

Vetiver-The Errant Charm
I really like Vetiver. This new release proves that he got the goods and now people should start paying some attention.

Posted by Hughshows at 1:10 PM

Labels: Artist of the Month, Nik Westman And The Central Plains