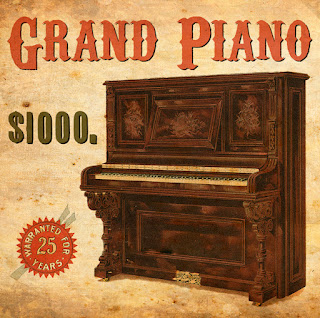 "Four men with arms and legs, two men with horns.
Forming just over a year ago, the evolution has been an even longer time coming. Core members Zak, Thomas, Nick and Wes have composed, recorded and performed together in one way or another for at least ten consecutive years, developing a solid foundation of musicianship. Soon after establishing themselves under the moniker, Grand Piano, with material ranging in genres from blues, honky-tonk, rock and jazz, long-time friends Bob and Ryan were an immediate and enthusiastic addition, and proved only to augment the bands unique instrumentation and song writing."

The locals are opening up for The Kalob Griffin Band this upcoming Saturday at Club Cafe. You can check out their debut EP, "$1000" as I extend my thanks to Zak Kane (Guitars/Vocals) for taking the time to participate in this edition of First/Last. 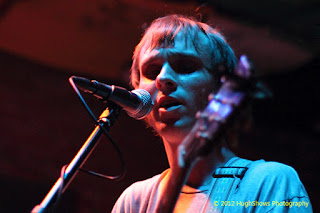 The first album you ever bought?
“White Trash, Two Heebs and a Bean” by NOFX.

Favorite album of all time?
I don't have a favorite album. It's been at one point or another quite literally 500 albums. Just depends on my mood I guess.

Least favorite/most disappointing album?
I can't really think of an instance when listening to anything, song or just sounds that I haven't been able to get something out of it so I've never been disappointed in anything.

First concert attended?
New Kids on the Block and in case you were wondering, I did think it was awesome.

Favorite concert ever?
It’s a toss up. My first My Morning Jacket concert over in Philly or The Flaming Lips come to mind. I like to see peeps having fun.

Least favorite concert?
Has not happened yet.

Favorite thoughts, experiences about Pittsburgh?
Pittsburgh is the best city. That's it.

Thanks, Zak. Time and time again in these Q&A's, NKOTB pop up ALL the time. Damn, those dudes were popular.
Posted by Hughshows at 7:30 AM

Thanks for great information you write it very clean. I am very lucky to get this tips from you