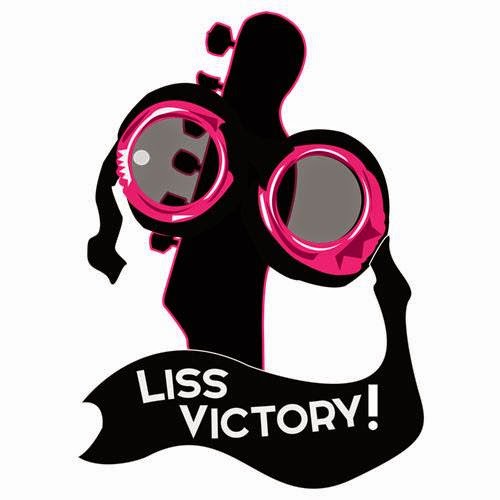 "Liss Victory uses her music as a force against the struggle. Playing a grungy guitar rhythm paired with thought-provoking lyrics, she writes "hurricane-voiced songs that can be dark, but not necessarily bleak." Her work reflects a Middle American background, growing up in the shadows of a withering industrial Pennsylvania during the longest war in United States history."

Liss Victory is a post-rocker who fronts The Graveyard Orchestra. She is also wrapping up a Kickstarter campaign in a few days to fund the production of a 7" featuring two new songs, 'Kodachrome Heart' and 'Who Do You Think You Are?'. She has about $150 to go to 'stretch' her goal to add some more vinyl copies to the be available to the public. I want to thank her for participating in this edition of First/Last.

The first album you ever bought?
“Savage Garden”, self-titled album, in 1997.
I was about 12 years old and I absolutely loved their radio hit, ‘I Want You’.


Favorite album of all time?
"Potency" by Erie, Pa. natives, Pegasus Unicorn. Their guitarist, John Yochim, taught me to play guitar. I wrote my first song with his help, as well as the band's DJ, Robert Jensen of Basement Transmissions.


Least favorite/most disappointing album?
Maybe Bob Dylan's first album. I kind of suffered through it out of curiosity and have since been scared off to investigate further. But a good handful of the musicians I admire seem to admire him, so, I feel like I'm missing something.


First concert attended?
The very first concert ticket I bought with my own allowance was to see Silverchair at the Newport Music Hall in Columbus, Ohio back in 1998. I was 13 years-old and had both parents with me, as well as my best friend at the time. I remember my friend and I were very excited about being in the mosh pit, but not so excited about the parents.


Last concert?
The Snow Ball at Cattivo this Feb. 2015. I got to play there with my band, The Graveyard Orchestra, for the first time this year. I think The Ball has been taking place at Cattivo for 3 years in a row and I've been to every one. And every one has always been a total blast!


Favorite concert ever?
Camp Bisco 2012 - If I can please count a festival as the answer to this question. This event was the biggest, best party I've ever been to in my entire life, without a doubt. Some of my favorite DJs performed that weekend, including the very tip-top of my list, Bassnectar.


Least favorite concert?
Our Lady Peace someplace in Erie when I was somewhere around age 14. It sticks out because that's when I learned about General Admission tickets. I did not have them. And I found this to be incredibly displeasing. The show was probably great, but I was too busy being an angsty teen girl to enjoy it.


Favorite thoughts, experiences about Pittsburgh?
Let's begin at the beginning again - with my most recent album purchases.
When I first came to Pittsburgh on tour in 2013, I saw Joanna Lowe at AcoustiCafé. The drummer I work with, Digg !t Dave, and I drove directly to that open mic from the highway our very first night in town. Her performance impacted me so much, I remember leaning over to Digg !t and saying, "I feel like we're in a movie!" Our second night in the city we hit up Hambone's open mic. That's where we met Chet Vincent, who hosted that evening. He helped us out-of-towners by squeezing our set onto a list that was already full. It really didn't take long before I decided I wanted to live here. And, almost two years later, I still love it here.

Thanks, Liss. Congrats on the love for the upcoming singles. I'll also second my Chet admiration. Incredible talent and even better dude.
Posted by Hughshows at 5:25 AM