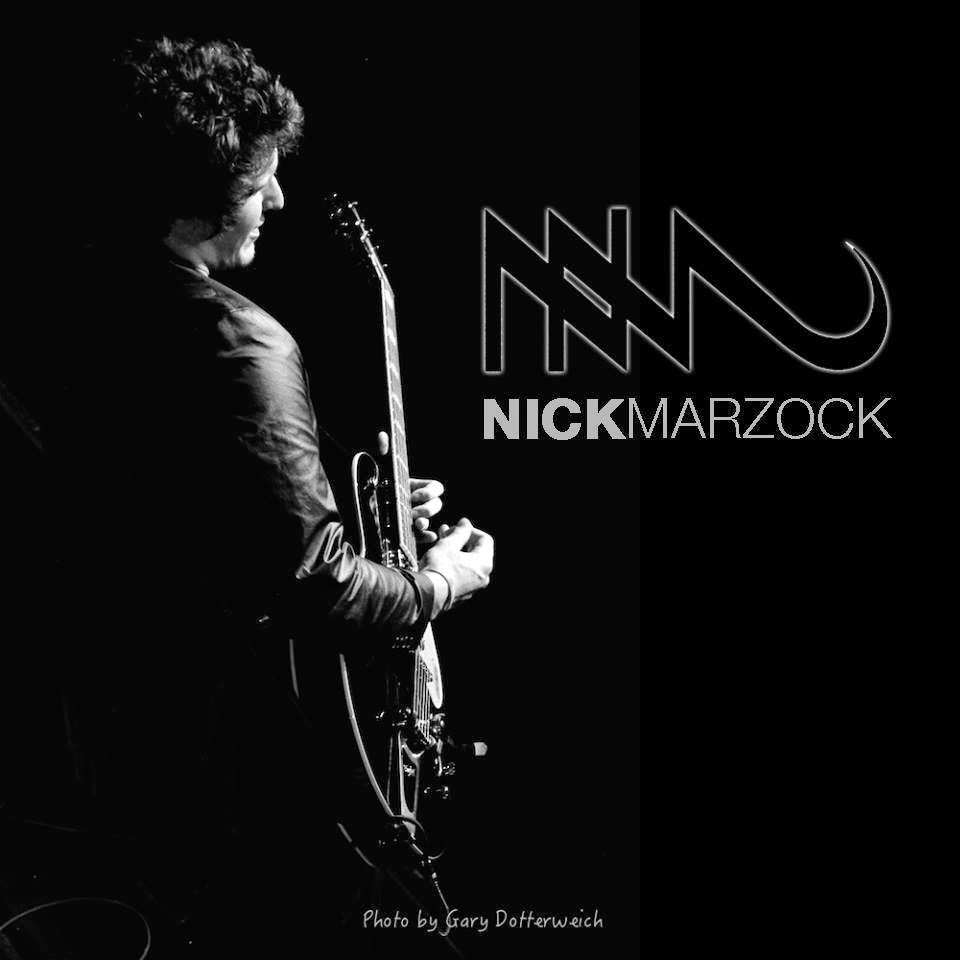 "Delivering acoustic pop with a blues flavor, singer/songwriter Nick Marzock brings soulful grooves to indie rock. Inspired by an eclectic array of genres including blues, rock, soul, and pop, Nick derives his sound and his approach from the foundation of his influences while adding his own touch and flavors to the mix of sounds. Heavily influenced by more modern artists such as The Dave Matthews Band and John Mayer, Nick also draws from the history of rock and soul from classic artists like Eric Clapton and Bill Withers. Adding his stories and experiences, Marzock shares a familiar sound with his own personal touch in his performances. Nick Marzock delivers a passion of rock with the spirit of soul.
The melodies and the harmonies of Nick's songs are as important as the lyrics and the message that he shares from each song. The detail and attention given to creating the balance between his words and his music give each of Marzock's songs strong foundations with musical and lyrical depth. When on stage, he delivers these songs with an energy that is rivaled by few and representative of the emotion that was had while writing each one. Nick Marzock is a diverse artist in every sense of the word. From music to art, composition to performance, Nick showcases a diverse array of musicality, personality and spirituality that invites you in to listen and experience."

Nick Marzock is an actor and singer-songwriter who has been performing around Pittsburgh for several years. I have been at many functions and notice Nick entertaining the assembled crowd more times than I can remember. I want to thank him for taking the time to participate in this edition of First/Last.

The first album you ever bought?
Matchbox 20's 1996 breakthrough record "Yourself or Someone Like You". I was 6 at the time and was hooked on the first single "Back 2 Good"... totally an awesome first one to buy!

Your last album bought?
Gary Clark Jr's "Live" record. It is a compilation of live tracks featuring his awesome originals and covers of classics from artists such as Hendrix and Muddy Waters. Really soulful stuff and highly recommended. I can't wait until his next studio album.

Favorite album of all time?
It’s a toss-up. I usually compartmentalize this into a few different categories because there are incredible records like Alter Bridge's record "One Day Remains" that will never be given the respect it deserves, yet I never skip a single track on that one. Zepp's "IV" is one of those classics you have to mention, but if I had to decide for records in my genre of music, I'd put it between Dave Matthews Band's "Big Whiskey and the GrooGrux King" and John Mayer's "Continuum". The production on both is incredible with Rob Cavallo's dynamic rock influence on DMB's jam-band style and Steve Jordan bringing tons of soul out with John Mayer. The songwriting on both albums is incredible, as well. I listen to those very frequently without getting sick of them.

Least favorite/most disappointing album?
I really don't have a least favorite album because there are bands I really don't care to listen to that probably would put out tons of my least favorite albums, and I don't like publicly talking poorly about album projects. So much work goes into them and there is lots of pride behind albums from the bands so I don't want to insult them. I'll leave criticism to those paid to do so.

First concert attended?
My first real concert (I believe) was 3 Doors Down at the A.J. Palumbo Center at Duquesne University. I was a really big fan of them when they broke, and I will always remember that one. They put on a really great show, too.

Last concert?
I'm around live music all the time, whether it is at a live music club, opening for acts, playing shows, etc., but the last major concert event that I went to was at Madison Square Garden to see Bob Seger and the Silver Bullet Band. I tell you what... that guy can still sing like he is in his prime and put on a great show for his fans. I was really entertained and impressed with the quality of his performance.

Favorite concert ever?
DMB at Susquehanna Bank Center in Camden, NJ in the summer of 2009. The reason it was my favorite was because I was in the GA pit right in front of the stage and could actually hear Carter's snare drum coming off of the stage over the mic output coming out of the PA. I love being that close to acts who are so into the music. That passion is contagious.

Favorite thoughts, experiences about Pittsburgh?
I love everything about Pittsburgh. I love the resurgence of live music that is happening in the city right now. There are some killer new venues like Jergel's to the North that are really filling the void of that intermediary-size venue. Those kind of places are enabling awesome national acts to come perform at a place that isn't too big or too small and really changing the backdrop of Pittsburgh music. Neighborhoods like Lawrenceville and Bloomfield are birthing really trendy music acts that are killing it in the local scene and feeding into the opening slots for nationals, building followings and bringing music into an already culturally-saturated city. Also, the major motion pictures that are being shot in and around the city thanks to tax incentives, great agencies like Docherty and Donna Belajac Casting, the new Strip District Soundstage, and really accommodating locations are boosting the national footprint of the city in pop culture and complementing the music scene. Radio is in the top 30 markets in the country, and the nightlife is making a comeback. This all speaks to my favorite part of Pittsburgh... there is a resilience to fight back when the city seemed down-and-out after the industry collapse. Pittsburgh has reinvented itself in numerous ways, and is really keeping the trend going with music these days. I love that it just won't quit.
My favorite experiences have to be the amazing shows I have played in and around the city. My dear friends at 100.7 Star have put me on awesome shows with acts like Sara Bareilles, Matt Nathanson, A Great Big World, and Andy Grammer, two of which were located at the Hard Rock Cafe in Pittsburgh where I really feel like I got my start. That is cool coming full-circle and performing with national acts in the same place that you came from. I also got the experience to open for STYX, REO Speedwagon and Ted Nugent at the biggest venue in town, First Niagara Pavilion. That was a memory that I won't forget, no matter where this road takes me.

Thanks, Nick. Seriously, you seem to pop up everywhere, man. Even in godawful (not because of you, of course) movies... you were pretty much the only cool part of that piece of junk.
Posted by Hughshows at 9:32 AM