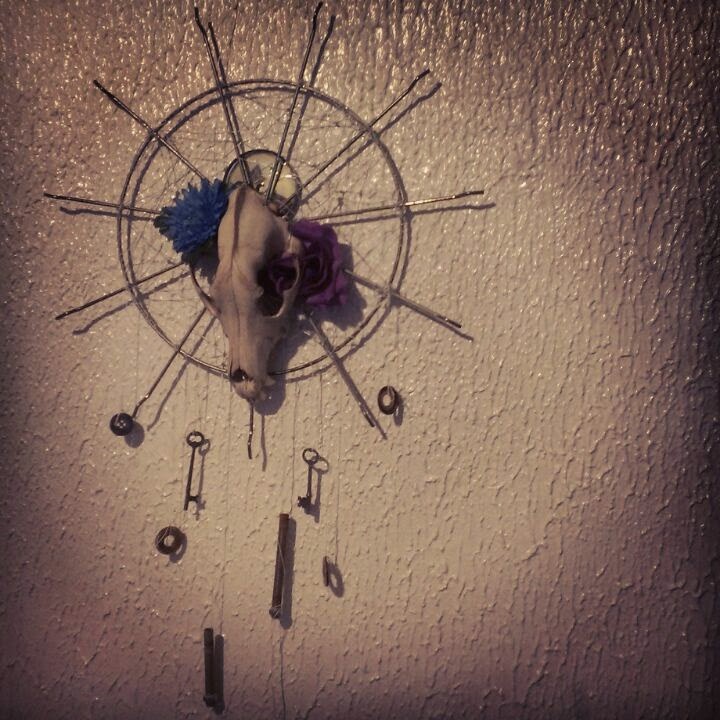 "Chattel Tail (n.) - the musical poetry product of being a twenty something desperately trying to do the right thing/ fucking up relentlessly. Chattel being an old and sad word to mean "property that is living or inanimate that can be bought, sold, traded" Tail being a cute piece of flesh that belongs to a cute animal. Chattel Tail is like "tattle tale" but twee and sad."

Chattel Tail is indie-pop minimalist Laura Lee Burkhardt who's "Leaves" release is a pretty good example of what you will hear as she performs several shows in the coming days. Info available here, here, here and here. I want to thank her for taking the time to participate in this edition of First/Last.

The first album you ever bought?
I can't remember specifically, but I was pretty much raised on Carole King's "Tapestry", a lot of the Beatles, some Van Morrison, and Eddie Money. I lucked out for many reasons with my parents and family. I guess when I started buying my own albums I probably bought Fall Out Boy's "From Under the Cork Tree" and My Chemical Romance's "Three Cheers for Sweet Revenge," but what middle schooler didn't? I definitely bought some albums from Amy Winehouse, Jack Johnson, and Kanye West... I was kind of all over the place.


Your last album bought?
Jordaan Mason's "The Decline of Stupid Fucking Western Civilization". This album is really intense, and hauntingly beautiful. I get to play a show with them again on the 17th at the Spiderhouse with Greg McKillop, Ivory Weeds, and Wrap Around.


Favorite album of all time?
Call me cliche' but it's a toss-up between "Abbey Road" and "The Beatles" (The White Album). Defiance, Ohio's "The Great Depression" is up there, too. "Get Disowned" by Hop Along. Joyride!


Least favorite/most disappointing album?
There's so many albums I love, that when I stumble across an album I don't like I kind of forget about it. I wouldn't call Say Anything's self-titled my least favorite, or even "most" disappointing, but I preordered the deluxe version box set with poster, 3D glasses, t shirt and all back in the day and I can't tell you how sad I was about that album. There are a few songs from it that I can listen to, but I definitely felt robbed as an avid fan because in my opinion that was an awful album. However, all bands grow as the members do, and I can't fault Max Bemis for getting happy and married and writing an album about writing songs that sound the same.


First concert attended?
My parents have told me I was still in a stroller when they took me to see America the band.


Last concert?
There's practically a show everyday in the Pittsburgh area. They all blend together but in a good way! A couple weeks ago I played a show at a house in Shady Side with local acts Huntress Thompson, and Katie Kittenfists in support of Greg Nahabedian of Derive fame.


Favorite concert ever?
There's so many. I guess I can say there are certain bands and musicians that anytime I've ever seen them I've had magical experiences: mewithoutYou, Kevin Devine, Hop Along, Bomb the Music Industry!, Rubblebucket, Andrew Jackson Jihad, Priests, Told Slant. There's so many more.


Least favorite concert?
Say Anything toured in support of their self-titled before it came out, during the cusp of time where I was still geeked on "In Defense of the Genre" but before I knew of the shame that was coming, and a group of my friends all hopped in the van and my dad drove us to Cleveland for the show. Maybe it was that sad time in my life, or maybe it was the way Cleveland smelled, but it was one of the worst experiences I've had at a show. One of my friends got swine flu, we got pushed around in the pit by boys who seemed to only bring their girlfriend's because they were accessories to their fanboy outfits. It was a bummer, but recently Say Anything toured "Is a Real Boy" for it's 10th anniversary and it was redemptive and lots of fun.

Favorite thoughts, experiences about Pittsburgh?
I've always loved music, but I didn't start playing with any progress until I was surrounded by friends and peers that made music too. I'm most appreciative of all the people I've met here that all have driven me to keep making art, keep playing music, and keep my head up even if I've gotten burned in the past, or the winter is eating me alive. I get bored easily, but there's so many places and things, however small, or big I can jump into. I feel part of a community that can sometimes be harsh, but overwhelmingly supportive and positive, and everyone knows each other. But for once in my life that's not suffocating, it's comforting.

Thanks, Laura Lee. As I have stated many times, you are Pittsburgh music. There is nothing more exciting to me than artists going out and simply doing it themselves.
Posted by Hughshows at 5:29 AM