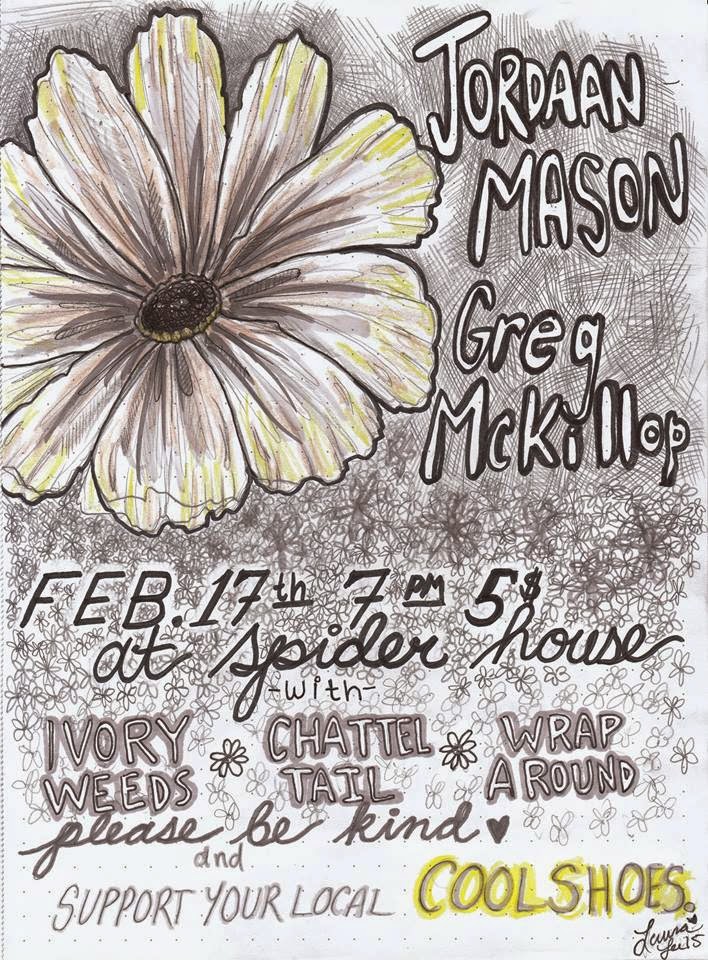 "His music and performances have been called iconoclastic. His songs are beautiful and terrifying, confronting social and sexual taboos with rich imagery and lyrical grace. Present and past collaborators will join him on stage to premiere songs from his forthcoming album The Decline of Stupid Fucking Western Civilization. Mason has toured extensively across Canada and the United States, starting shortly after releasing his debut One Day The Horses Will Have Their Revenge in 2004. In 2009 Mason released Divorce Lawyers I Shaved My Head in collaboration with a collective of friends and loved ones called THE HORSE MUSEUM. In May 2014 he released He Could Have Been A Poet Or He Could Have Been A Fool, a double album of cover songs ranging from ROY ORBISON to ROBYN. He wrote and directed his debut short film I'm Really Scared When I Kill In My Dreams Two People Films and released his first novel The Skin Team Magic Helicopter in 2013."

Jordaan Mason is a Toronto based writer, filmmaker, and musician. His latest album is "the decline of stupid fucking western civilization" and he stops in Pittsburgh tomorrow (Tuesday 2/17) to play the very cool Spider House. I want to thank him for taking the time to participate in this edition of First/Last.
The first album you ever bought?
Ben Folds Five, "Whatever or Ever Amen." That's the first album I ever remember buying with my own money, at least.


Last concert?
I went to see my pals Cold Specks perform in December. I guess I haven't been to a show since then.


Favorite concert ever?
Bjork or the Knife, probably.


Least favorite concert?
I've been to some pretty ruthless noise shows and sometimes I can get into that sort of thing but sometimes it's really hard to deal with. I can't think of a particular show, though.

Any thoughts, experiences about Pittsburgh?
I like all the bridges and the people I've met there are rad. The one-way streets are confusing, though!

Thanks, Jordaan. Love the Spider House. Looks like a great lineup. Very cool dudes running that joint.
Posted by Hughshows at 7:13 AM