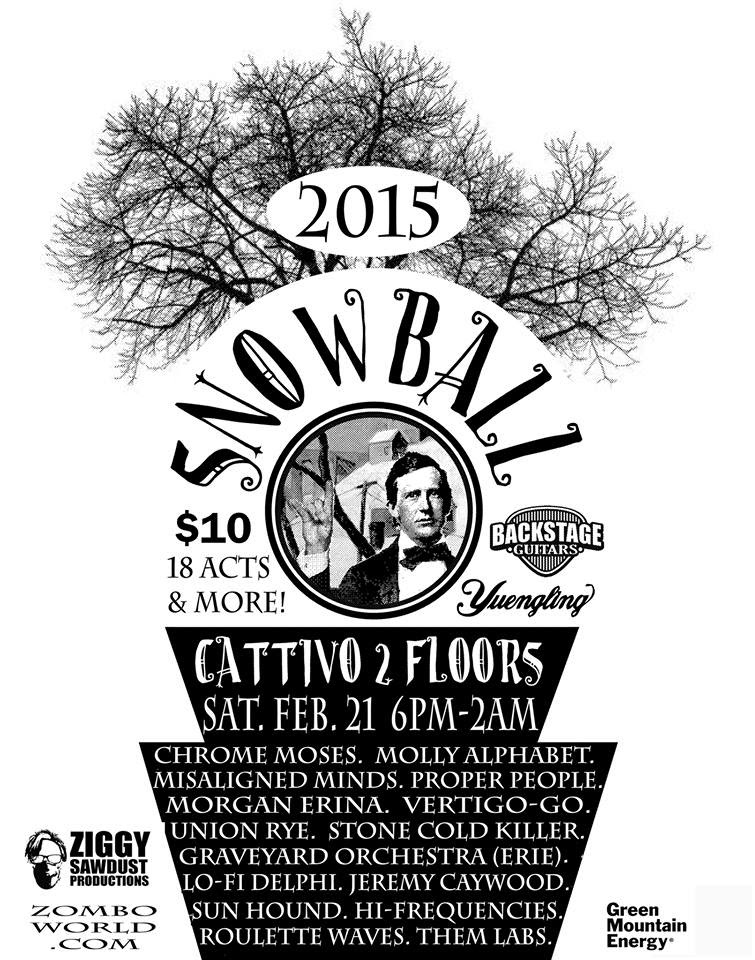 Good Thing is a Pittsburgh 'dark indie-pop' band who are performing Saturday night at the always incredible second annual Snowball festival taking place at Cattivo. Seriously, look at that line-up! As the band work diligently on new music to follow up "The Sun E.P." from last year, I want to thank Brenda Leeds (Guitar/Vocals) for taking the time to participate in this edition of First/Last.

The first album you ever bought?
“Everybody Else Is Doing It, So Why Can't We?” by The Cranberries. I have been obsessed with Dolores since this album released. I was 4 years old. They were my first band tee. It was black with a purple circle of flowers. Looking back, I'm surprised they made band tees that small.


Your last album bought?
“Let's Be Still” by The Head and The Heart. I fell in love with during my post-college folk heavy phase. The new album released in 2013, but like with most of my musical obsessions... I'm late to catch on and then I'm stuck for a while. Instead of turning into pop-folky sell-outs, I feel they stayed true to themselves. I am still processing their lyrics - and I love them.


Favorite album of all time?
ALL TIME? With my sense of self ever-shifting, this is an incredibly hard question to answer. But I can say one album that highly impacted the way I sing today is “Room Noises” By Eisley. The voices of the sisters were light and soft like mine in high school, and I was happy to know my humble tones had a place outside of the school choir.


Least favorite/most disappointing album?
“The Carpenter” by The Avett Brothers. I would not say leave favorite EVER. But the last time I recall being "disappointed" by an album was this one because I had my hopes set high. I had started my Avett-fetish with “Emotionalism”, worked my way back to “Country Was” and forward again to “I and Love and You”. I saw them and was blown away, so with how rushed “The Carpenter” felt, I was disappointed. There seemed to be something missing from their lyrics. But I know I'll give it another chance eventually, and maybe I'll be able to connect with wherever they are in their journey. I only assume that we are in different places.


First concert attended?
Alexisonfire. I was told that I would be safe. A very large man landed on me. Great introduction to moshing, crowd surfing and the like.


Last concert?
Daughter sticks out first because I love her voice, but I actually think the last concert was The Naked and The Famous and White Sea opened for them. White Sea was a two-piece and the female was a raven-haired siren.


Favorite concert ever?
Honestly, some of my favorite concerts have been watching my friends bands. I've had a great time traveling to see some of my favorite bands live and those experiences were overwhelmingly beautiful. Shouting and singing lyrics along with the crowd is great, but there is something different about the connection with friends. Shouting my friend's lyrics and stomping around to their songs is a different experience and those memories have lasted longer. They appear more clear. That's why I'm so happy that I can give that back through Good Thing all these years later.


Least favorite concert?
My least favorite concert was a concert that didn't happen. Any one that knows me knows this story. I drove to Philly with my bestie to see The Cranberries (post-college). My all-time favorite, forever and always band was coming to America! I was unbelievably excited, but they didn't show up. I got to the gates and there was a man telling everyone that it was canceled because Dolores was "sick." I was sick.

Favorite thoughts, experiences about Pittsburgh?
My favorite thing about the music scene in Pittsburgh is the sharing that happens. Everyone is so supportive and caring. It's the perfect environment for creating together and I am constantly being inspired by my peers. Every day I am meeting new people who bring something else to my music. In general though, I love the slow "busy-ness" of Bloomfield. I like the pretty parks and the endless burgers. I love the yinzer accent, but also the liberal youth. I love the community that I have found here, and I don't plan on a permanent move any time soon. Pittsburgh is home.

Thanks, Brenda. There is NOTHING worse than get getting all excited for a show and you discover the band cancels as you arrive. Such a bummer.
Posted by Hughshows at 7:30 AM