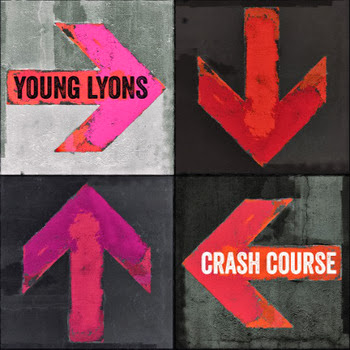 "Young Lyons is a four piece alternative pop rock band from Tulsa, OK. The band was formed in spring of 2012 when John Lyons (vocals/guitar) recruited bassist Paul Cristiano and producer Brad Mitcho to collaborate on a new batch of songs. After some quick success writing, John and Paul decided to further their association under the name Young Lyons (a name suggested by Brad) and subsequently added drummer James McGowan and guitarist Brian Gresh. While the band takes it's cues from the modern electro-pop recipe, Young Lyons certainly isn't afraid to take chances and has a sound that is solely their own. Their debut EP 'Crash Course' was released April 2nd, 2013."

Check out the band at their official Website, Facebook, Twitter, YouTube and BandCamp. The band's latest effort is the "Crash Course" EP. I want to thank John Lyons (Guitar/Vocals) for taking the time to participate in this edition of First/Last.

The first album you ever bought?
Simon & Garfunkel “Bookends”.

Favorite album of all time?
Man so, so tough... The Beatles “Revolver”.

Least favorite/most disappointing album?
Smashing Pumpkins “Machina 2” and it’s because it was so disappointing. I was expecting something great from my fave band.

Last concert?
Aranda a great band from Oklahoma who recently signed with a major label and are getting great national exposure. They so deserve it. My buddy Jason Ferguson opened the show along with the David Castro Band.

Favorite concert ever?
Man this is so tough, LOL! Either Imogen Heap or Paul Simon.


Any thoughts, experiences about Pittsburgh?
I had a friend recently move there for his job so hopefully I get to visit soon. When I read your question I did a quick Google search on Pittsburgh and saw that Sigur Ros is playing tonight so I'm kinda wishing I was there right now. Also looks like you have a Andy Warhol Museum which sounds really cool. I hope to visit soon whether it’s just me or on a future tour.
Thanks, John. We do have an Andy Warhol Museum. I must say, it is quite fantastic! You should definitely come see it.
Posted by Hughshows at 6:23 AM