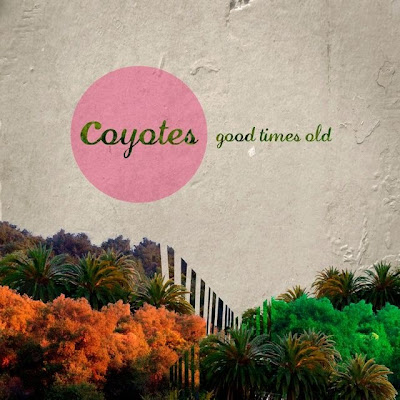 "Another band with a difficult-to-Google name, this three-piece nevertheless burns with confidence and swagger. Duz Mancini’s twangy, whiskey-soaked vocals give credence to the band’s alt-country, Americana milieu. Incidentally, the band began life as an Los Angeles-based outfit before settling home in the New Orleans indie rock scene. Considering their brand of music, here’s betting they were more than welcome." - Mark Rozeman (Paste)

Check out the band on Facebook, BandCamp, SoundCloud, YouTube and Twitter. As part of my coverage of the Paste 50 States Project, I go to Louisiana with Coyotes. My thanks to Duz Mancini (Guitar/Vocals) for taking the time to participate in this edition of First/Last.


The first album you ever bought?
My dad used to take me to the record store a lot and I remember him buying me “Rubber Soul”. “Listen to this", I think were his words.

Favorite album of all time?
Probably “Sticky Fingers” or “The Chronic”.

Favorite concert ever?
Meeting Sir Paul after seeing him play inside of Amoeba Records when I was 16. I was speechless when I met him and just kept saying thank you over and over and then I blasted the “Abbey Road” medley on the way home… "one sweet dream came true today".


Any thoughts, experiences about Pittsburgh?
My uncle used to live there. I remember him mailing us rally towels for the Super Bowl when the Steelers faced the Cowboys in the 90’s.

Thanks, Duz. Those 'rally towels' you refer to are actually called 'Terrible Towels' and the back story on them is what makes them so special.
Posted by Hughshows at 7:30 AM