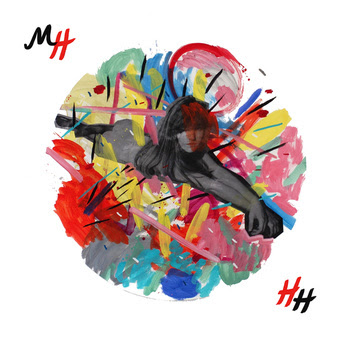 "Matt Hopper is an American troubadour with rock and roll in his veins, a weathered voice and blues hands. Though currently based in Idaho he cut his teeth on the Alaskan music scene. Hopper has released six albums, both solo and with his band The Roman Candles."

Check Matt out at his official Website, Facebook, BandCamp and Twitter. As part of my ongoing coverage of the Paste 50 States Project, we again stay in Alaska this week with Matt Hopper. His latest is the 'pop-rock' infused album, "High Hopes". My thanks to Matt (Guitar/Piano/Bass/Vocals) for taking a few minutes to participate in this edition of First/Last.

The first album you ever bought?
I can't remember. I'm pretty sure it wasn't an album though, it was a tape. Might have been Duran Duran's single ‘Come Undone’ or P.M. Dawn's ‘Set Adrift On Memory Bliss’. Mostly though I just made mix tapes dubbed directly off the radio of my favorite songs. I was "streaming/stealing" music way before Napster. I remember getting a NKOTB tape too for my birthday, that may have been the first one.


Your last album bought?
Either Kurt Vile "Smoke Ring for my Halo" or Horrible Crowes "Elsie".


Favorite album of all time?
I can't narrow it down like that... but here's a few favorites: Counting Crows "August & Everything After", Phoenix "Wolfgang Amadeaus Phoenix",  Weezer "The Blue Album", The Killers "Hot Fuss", Starflyer 59 "Silver", Tom Petty "Wildflowers".


Least favorite/most disappointing album?
I think the new MGMT song is disappointing. I have no idea on albums, I don't listen to albums that disappoint me more than once so they are immediately forgotten forever.


Last concert?
I just saw Matisyahu last night. I thought his band brought it hard and his style and delivery was refreshing, polished, fun, groovy, and overall I thought the entire concert was stellar. I had a great time.


Favorite concert ever?
Well, that's tough cause do you count festivals? If so, it might have been Lollapalooza in 2004... when Pixies opened for Radiohead and I got to see The Cure all in the same weekend.... not to mention like a hundred other bands I love and Citizen Cope handed me a copy of his new album from a backpack he was wearing around.


Least favorite concert?
Any concert that has a "hype mentality" i.e. people who are constantly trying to get the crowd "hyped" by being annoying, inflammatory and desperate. So, basically the opening act for Matisyahu last night and Limp Bizkit in 1997 at Vans Warped Tour.


Any thoughts, experiences about Pittsburgh?
I played there once with a new wave band that was on a record label that was trying to sign me. Can't remember their name, and I can't remember much about Pittsburgh at all. I want to say I felt like it was kind of a dirty city, then again, I was only in town for one evening and maybe played in a bad part of town, who knows. I hope to come back there again someday and have a better experience.


Thanks, Matt. So funny that we all used to buy 'cassingles'. Seems like such a waste now.
Posted by Hughshows at 7:30 AM