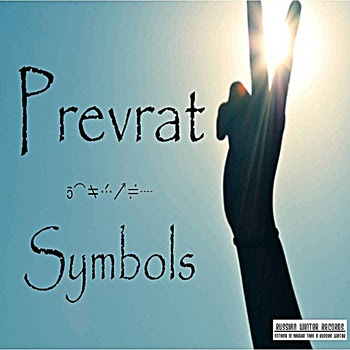 "Artist/producer Prevrat, aka Ric Gordon, blends influences from electronic, post-punk and new wave into music ranging from catchy synthpop, to indie rock. His sophomore album, Symbols, features the singles With Our Eyes Closed, For You, I You Too and Safe Distance. In addition to being an accomplished multi-instrumentalist, Ric has a PhD in Physics and has done research into the development of intelligent computer systems, neurodynamics, climate change and cyber security"

Check out Prevrat at Facebook, BandCamp and Youtube. Prevrat is Ric Gordon and  you can purchase his music via Russian Winter Records. His latest effort, "Symbols" can be snagged at his BandCamp page.I want to thank him for taking the time to participate in this edition of First/Last.

The first album you ever bought?
“The Velvet Underground and Nico”. Hearing the Velvets for the first time was like coming out of a dark cave.

Your last album bought?
I buy lots of albums as I like to keep up on new music. The new Savages and National albums are my most recent purchases.

Favorite album of all time?
Wow, that is a very hard question. Not sure I even have a single favorite, but  Ultravox, "Vienna" and The Clash, "London Calling" definitely come to mind.

Least favorite/most disappointing album?
I would have to say "Lysandre" by Christopher Owens. In general I find all of his music to sing songy and throw away.

First concert attended?
The Who with The Pretenders as the opening act. Now that was epic.

Favorite concert ever?
Another extremely difficult question. I would have to say the Scion Garage Fest a couple of years ago. Raveonettes, Best Coast, Cloud Nothings, Times New Viking, and more. 8 hours of wonderful music.

Least favorite concert?
Now that's easy...M.I.A.! She kept the crowd listening to her DJ for 4 hours while she snorted coke on her buss, until finally deciding to show at Midnight and then did a whole 45 minutes.

Any thoughts, experiences about Pittsburgh?
I love Pittsburgh. What a great cultural center. Lived there for a couple of years in a past life.

Thanks, Ric. I appreciate the contact, man. Anything I can do to spread the love about your art is why I am here, brother.
Posted by Hughshows at 7:30 AM