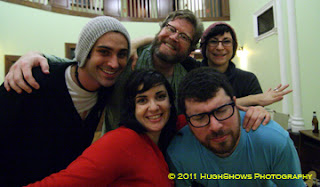 This has been one amazing year for me. First off, music photography is my hobby. Don't get me wrong, I take it very seriously but it's in no way my 'real' job. That notion was blurred as I look back at the number of times I went out to shoot a band this year. To be in the remarkable position that I could request to 'get in the pit' at almost any concert I wanted made it way too tempting to turn down. Many times I went out for the simple fact that I could. In some cases I wasn't really interested in who was on stage at all. For me, when someone grants you a pass to photograph their band, it's practically impossible for me to say no, regardless of who is playing. I am very, very grateful to be in the position I am in. A friend says I am 'living the dream'. He is so right. I am first and foremost a fan of music. I am an extremely lucky guy.

An amazing aspect of doing this is becoming incredibly close to many musicians in town. Their art and willingness to 'collaborate' with me is humbling to say the least. Their friendship is priceless. I have to emphasize I am most happy about that.

As I look ahead, I cannot imagine seeing another 230 bands in a year. That just seems utterly insane to me right now. What was I thinking? I will go out to shoot of course but will I slow down? Hopefully not, we'll see. 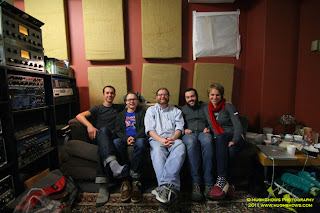 Minor editorial correction...I don't have eight fact checkers for my site like y'all have ;)
Happy Holidays brother!