Image of the Day-"Mancini's Dance Hall" 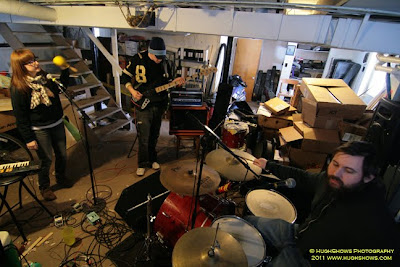 Donora have seemingly been dormant for awhile. I can't tell you the last time I saw them play. Fortunately for us, they have been busy prepping the follow-up to their awesome debut CD. I was lucky enough to hear some of the album which is about half done. The songs have taken the band in a more 'mature' direction and I was blown away by what they are cooking up.
They are starting their Winter Tour tonight which takes them through the midwest for two weeks with pals Lohio in tow. The tour closer is at the Thunderbird on the 19th and expect to hear a handful of those new tunes which should sound as tight as can be as is the case with the band after a string of dates to work out the rough edges.

Posted by Hughshows at 3:39 PM