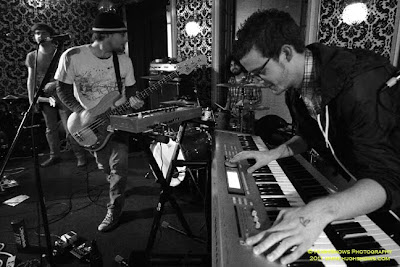 When the awesome Key Party comp was released a few years ago, one of the highlights for me was Triggers contribution. I never had the chance to see them play until this show. They were so great! The guys had no merch due to leaving their bin at a previous show...bummer. I will definitely remedy that soon, as the guys are playing some upcoming shows that I, and you, HAVE to check out. I will have more from this band in a future post or two. More pics here.

Posted by Hughshows at 3:40 PM