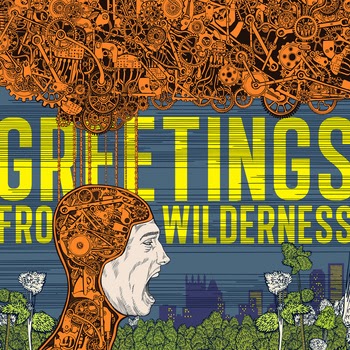 "Pittsburgh indie rockers Road Runner deliver distinctly honest music that paints a haunting portrayal of the struggle between hope and desperation. They have been hailed as one of the top new artists to watch in 2014 by musicinform.com. Road Runner released their debut EP in December 2013 and are currently in production of their full length follow up."

Check out the band on Facebook and BandCamp. The band's debut EP, "Greetings from the Wilderness" was released late last year and as they prep a follow up full-length, they hit Brillobox tomorrow night with friends of the blog Wreck Loose and Morgan Erina along for the ride. I want to thank Ryan Solomon (Guitar/Vocals) for taking the time to participate in this edition of First/Last.

The first album you ever bought?
Either Weezer "The Blue Album" or The Offspring "Smash".


Favorite album of all time?
I have too many favorite albums. It'd be really difficult to choose one because there are honestly just too many.


Least favorite/most disappointing album?
Probably "And Justice For All" from Metallica. The bass is almost non audible on that record in tribute of Cliff Burton's death and that album for me was lacking in comparison to the nearly flawless first three albums Metallica released.


First concert attended?
I think Bright Eyes at Club Laga (still holding a grudge they shut that place down) right after "Fevers and Mirror's" was released.


Favorite concert ever?
Not really a concert I guess but there is this hole in the wall place called Byrnes Irish Pub up in Bath, Maine and they used to have this Irish band come in every night and the entire place would sing these Irish songs and everyone always had such a great time... plus they had good beer which gives bonus points.


Least favorite concert?
I honestly don't think I’ve been to a show that i didn't enjoy on some level.


Favorite thoughts, experiences about Pittsburgh?
I love Pittsburgh, it has a very "honest" quality to it that most cities/places in the world don't have. I was in the Navy for four years and have been fortunate enough to see a lot of this country as well as many other countries around the world and I consider myself extremely lucky to come from Pittsburgh. I wouldn't want to be from anywhere else.

Thanks, Ryan. Peculiar you mention the 'honesty' factor when it come to Pittsburgh. I have heard that for many years from out-of-towners and I always proudly agree.
Posted by Hughshows at 7:30 AM