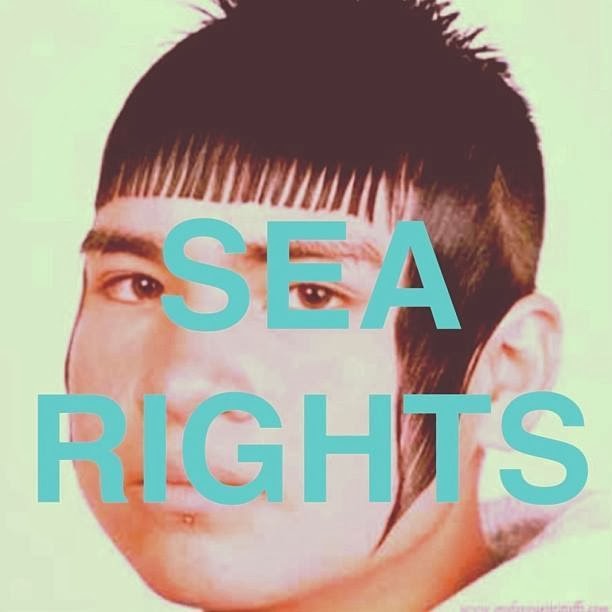 Check out the band on Facebook and Soundcloud. The Pittsburgh based 'Indie/Psychedelic/Progressive Rock' quartet was formed in 2012 and have been playing local gigs as they prep their debut release. One of those shows occur Tuesday night at The Smiling Moose as they support Cumulus from Seattle along with I Am A Sea Creature. I want to thank Neil Show (Guitar/Vocals), Emilio Vignali (Guitar/Vocals), Justin Nelson (Bass/Vocals) and Alex LeDonne (Drums/Vocals) for taking a few to participate in this edition of First/Last.

Favorite album of all time?
Neil: “The Moon and Antarctica”.
Emilio: “Building Nothing Out of Something”.
Justin: “Transmissions from the Satellite Heart”.
Alex: Arcade Fire “The Suburbs”.

First concert attended?
Emilio: I think I saw Celine Dion with my mom when I was 4.
Justin & Neil: The Doobie Brothers.
Alex: ‘Weird’ Al.

Favorite concert ever?
All: Modest Mouse or My Morning Jacket at Stage AE.

Least favorite concert?
Justin: A girl tricked me into seeing Switchfoot once.
Emilio: I unintentionally saw Passion Pit once.

Favorite thoughts, experiences about Pittsburgh?
All: Playing shows, growing up an hour south of the city. We would take weekend road trips down town to skate in the city and film it. Baseball games are sick. Fat heads. Spak Bros. House shows in Bloomfield. The fast times at 5100 Bayard. Hanging out with Krista, Jill, and Instead of Sleeping circa 2008-09. Darts at The Rock Room.


Thanks, fellas. Really looking forward to hearing more music based on the few tracks I've heard.
Posted by Hughshows at 12:36 PM