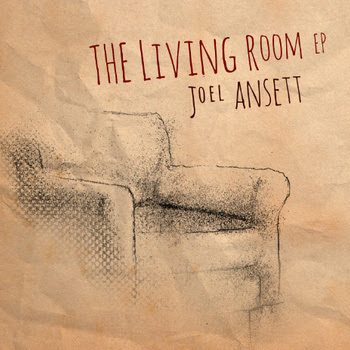 "Joel Ansett is a singer/songwriter from Spokane, WA who currently resides in friendly Pittsburgh, PA. He loves lemonade, Gonzaga basketball, and mountains. He plans to pursue songwriting as a career with all of his might."

Check out Joel at his official Website, Facebook, Twitter, YouTube and BandCamp. He is appearing at Shadow Lounge tonight on a bill with The Brushfire and Sun Hound supporting American Opera. My thanks to Joel for taking the time to participate in this edition of First/Last.


Your last album bought?
I recently bought Muse's latest album, “The 2nd Law”. I have yet to get all the way through it. For whatever reason I've always treated Muse albums like Guinness: no chugging.


Favorite album of all time?
Somewhat surprisingly, my favorite album of all time is actually the first one I ever bought, “Plans”. I would recommend it strongly to any singer/songwriter. I have listened to that album start to finish so many times and the more I listen to it, the more I love it. It is so melodically rich and not just in the lead vocal; the bass line of ‘Summer Skin’ and the intro to ‘Brothers on a Hotel Bed’ are enough to prove that. Beyond being a melodic masterpiece, Ben Gibbard's lyrics also make the album well worth your time and money. He is one of the most intriguing and engaging lyricists I've ever listened to and “Plans” is certainly a testament to his wit and thoughtfulness.


Least favorite/most disappointing album?
I am the unfortunate owner of Chris Brown's “Exclusive”. That is more of a genre preference comment than a critical one though. I bought it a while back thinking I would branch out and try something new and ended up not enjoying it much at all.


First concert attended?
For my first concert I saw Jack's Mannequin open for The Fray in my hometown of Spokane, WA. It was thrilling.


Last concert?
I was fortunate enough to see Coldplay at TD Garden in Boston this past summer.


Favorite concert ever?
The Coldplay show, hands down. It was euphoric. I felt some of the most intense excitement I have ever felt at that show. Enough to make me redundant.


Least favorite concert?
Hmm, well, my answer might frustrate some people because I know there are some very devoted Steely Dan fans out there. But, a few summers back my friends had an extra ticket to see Steely Dan and I tagged along. Sorry to say, my favorite part of that evening was the cheese and crackers we brought with us. It's not that it was bad, it was just an entertainment via nostalgia sort of show, and, unlike most of the folks there, I had no memories to connect the songs with so I lost interest pretty quickly. Mmm, that Brie cheese though, delectable.

Favorite thoughts, experiences about Pittsburgh?
Well, I've found the perfect night time activity for anyone who doesn't love Pittsburgh yet. Just go a ways southwest of downtown and then turn around and take I-376 East through Fort Pitt Tunnel. Count down from 10 so that you hit 0 just as the tunnel ends and look right once you're on the bridge. If you're not convinced that Pittsburgh has a hint of majesty to it, that little activity should do the trick. Beyond view-hunting, I have also thoroughly enjoyed the people of Pittsburgh. I was not at all expecting to meet such warm and welcoming people when I started doing the open mic circuit a few weeks back, but I can honestly say that every musician I've met thus far has been of the friendly down to earth type and I think that's quite a rare and special thing for a city. I can't wait to keep meeting folks and get an even better grasp on what keeps this city going and what yinz are all about.

Thanks, Joel. Glad  to know you are acclimating into the scene here, bud!
Posted by Hughshows at 5:55 AM