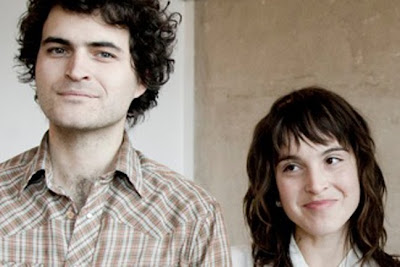 Image by Emma Freeman courtesy of the band

Fort Wilson Riot are currently supporting their buds in Cloud Cult on a few remaining dates that bring them to Smalls this Tuesday. They return to Pittsburgh headlining a show at Garfield Artworks on Saturday December 4.
Courtesy of the band, I have a pair of tickets to giveaway to a lucky reader of this blog for this week's show. To enter, just email me at hughshows@comcast.net with the subject line 'Fort Wilson Riot' along your full name in the message. I will contact the winner Monday afternoon. Vocalist Jacob Mullis plays guitar and keys in the band and was kind enough to participate in this edition of First/Last.

The first album you ever bought?
The Beatles - Rubber Soul.

Your last album bought?
My Bloody Valentine - Loveless. Finally bought it on vinyl!

Favorite album of all time?
The only way I can answer this is to say which album blew my mind for the first time when I was a kid, and to this day remains one of my favorites. Otherwise this is a pretty impossible question to answer, so The Beatles - The Beatles (White Album).

Last concert?
Also hard just cause we've been on the road for so long. So I'll go with the last show I bought tickets for-Liars.

Favorite concert ever?
The Pitchfork Festival. We went three years in a row, and each time it was incredible.
Least favorite concert?
Smashing Pumpkins.

Any thoughts, experiences about Pittsburgh?
We really love Pittsburgh. It's a very beautiful city that we always love coming to. We've only played with a couple bands there, but we've always enjoyed them. We're stoked to get to know the city better.

Thanks Jacob. It's funny how many times The Beatles appear in musician's answers...for good reason!
Posted by Hughshows at 9:20 AM