Image Of The Day-"Love In 2 Parts" 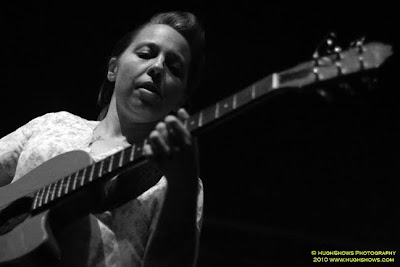 Another assignment for a 'WYEP Presents' show. I have very little knowledge of Erin and her music, like none. Not to say she wasn't good though, she was. This tour had her celebrating the 10th Anniversary of her debut album Distillation. She was playing the whole thing, in reverse order which was unique. She had some adoring fans in the audience which is always great to see. More photos here.

Posted by Hughshows at 5:41 AM