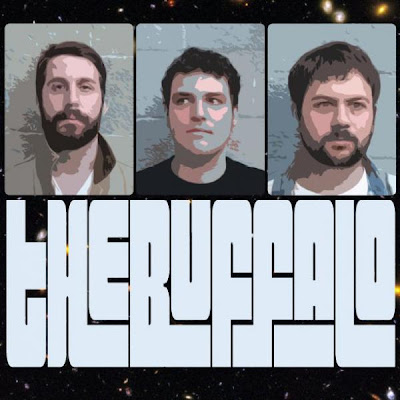 Image courtesy of the band

I know this is a photo blog and all but there are several local gigs this week that I wanted to highlight and give a little exposure to. With that said, I am once again celebrating with a First/Last Week! First up is relatively new band (new to me that is) on the Pittsburgh scene called The Buffalo. They have a show tomorrow and if you like down and dirty garage rock, you will love these guys. They have some raw rehearsal audio up on the Myspace to get a feel of what they are bringing to the table. There is a free EP available from the band here. They also have a blog with lots of stuff going on there. Guitarist & vocalist Darin Pallila was cool enough to participate in this Sunday edition of First/Last.

The first album you ever bought?
Two at the same time: Primus - Pork Soda and Crash Test Dummies - God Shuffled His Feet. Yeah I know.

Favorite album of all time?
I can’t answer that, but I can answer: What 5 albums I would take to a desert island?
The Beatles - The Beatles (The White Album)
The Band - The Band
Derek & The Dominos - Layla and Other Assorted Love Songs
Bob Dylan - New Morning
George Harrison - All Things Must Pass

Least favorite/most disappointing album?
I was really disappointed by The Dead Weather in general. They don't have the listening power of Jack Whites other projects. As far as albums, maybe Bob Dylan's Christmas Album.

Last concert?
Alice Cooper. I finally got to see that man's head get cut off. Great stuff.

Favorite concert ever?
Ryan Adams & the Cardinals is up there. Tom Waits is a real close second, but the #1 is when my wife and I working are way up to the front row at Bonnaroo '06 to see our heroes Tom Petty & the Heartbreakers. Mike Campbell is my guitar god.

Least favorite concert?
Eric Burdon and The Animals were dreadful.

Any thoughts, experiences about Pittsburgh?
I love this town. It is constantly changing. Every week I find something more to love about it. As far as music goes we, as in The Buffalo, are so new on the scene that it is hard to say. I guess were just looking to make are mark.


Thanks Darin. I like your classic rock influences going on there. 'New Morning' as a desert island disc? Awesome.