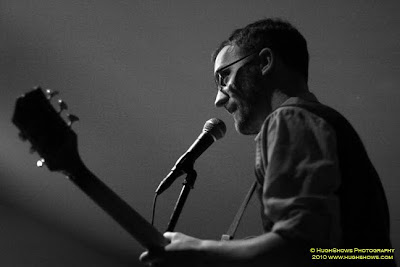 David has a couple interesting gigs this weekend. Tonight he is playing Garfield Artworks with Matt Griffin as a duo called Tony Blowad. Also on the bill are The Friction Brothers who play...dry ice!?! Not a song titled 'Dry Ice', actual dry ice. Must be seen to believed.
On Sunday the 27th, he is participating in Nathan Hall's Music of North Side Spaces.
As with most of David's musical contributions, it sounds extremely interesting.
He was kind enough to take some time and contribute to this latest edition of First/Last Friday.