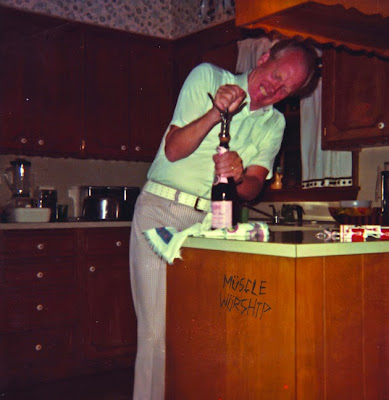 Check out the band on Facebook, ReverbNation and BandCamp. The post-punk outfit released their debut self-titled LP last March and arrive in Pittsburgh tonight at Howler's on a bill with locals Amplifiers and Nevada Mountains. I want to thank Sean Bergman (Guitar) for taking the time to participate in this edition of First/Last.

The first album you ever bought?
Iron Maiden “The Number of the Beast”. First CD I bought after receiving my first CD player for Christmas.


Your last album bought?
Chrome “Half Machine from the Sun”.


Favorite album of all time?
Too hard of a question… Here's a few of my top faves.
Captain Beefheart “Trout Mask Replica”, This Heat “Deceit”, Women “Public Strain”, Polvo “Today's Active Lifestyles”, Ten Grand “The Comprehensive List of Everyone Who Has Ever Done Anything Wrong to Us”.


Least favorite/most disappointing album?
Another tough one. Probably something I recorded myself that I'm not at liberty to divulge. Yes, that disappointing.


First concert attended?
ZZ Top at the Kansas Coliseum. My Mom took me.


Favorite concert ever?
The Jesus Lizard,1997 at The Bottleneck in Lawrence KS. Day after my birthday.


Least favorite concert?
Queensryche. Went with some friends from Junior High to see the opener Suicidal Tendencies, who ruled. Then we stayed to get bored to death by Queensryche doing their “Operation: Mindcrime” thing. The guitarist had this hilarious stand that kept his 12-string guitar in playing position, so he could just walk up to it and play a few licks with his other guitar still strapped on. It looked very silly. Kind of like watching some dude try to make out with two girls at once. A mind crime indeed.

Any thoughts, experiences about Pittsburgh?
We were treated like kings last time we came through. I was feeling pretty ill, but the club fed us well and filled me full of enough whiskey to get me through the show. Somewhere between the green room upstairs and the stage, I lost the tremolo bar out of my guitar. I had the entire audience looking for it. They were real sweet about it. I know several people in the audience were thinking, "Why the hell does this guy need a whammy bar so bad? Just play the songs!"
I'm sure it seemed a little ridiculous, but they found out why soon enough.

Thanks, Sean. That's hilarious that I think the exact same thing with the playing of the two guitars move. Really awkward looking for sure.
Posted by Hughshows at 5:18 AM