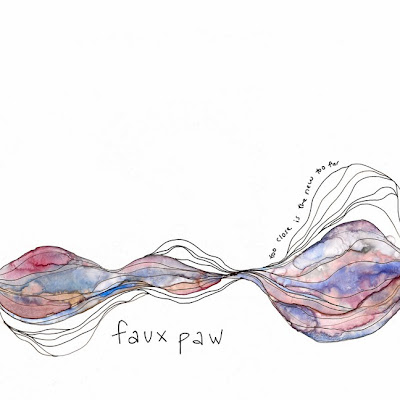 "Faux Paw is a band from Lafayette, IN formed in the fall of 2011. Gordon Wantuch and Garrett Ney met while doing the singer/songwriter thing at open mics around town and decided to start a rock n roll band together. They met Tom Lageveen and Stephen Freeman at a show or a party and yada yada yada, slugs and snails, puppy dog tails, Fleetwood Mac, Television, Steely Dan, Wilco..."

Check out the band at their official Website, Facebook, Twitter and BandCamp. Recently featured on the Paste 50 States Project, the young Indiana band has one full-length under it's belt in 2012's entitled, "Too Close Is The New Too Far". I want to thank Gordon Wantuch (Guitar/Vocals) for taking the time to participate in this edition of First/Last.

The first album you ever bought?
First CD was “How the West Was Won” when I was Thirteen. I probably listened to Zeppelin for a year straight when I was first really digging into guitar. Vinyl wise there was a lot of Randy Newman in the first set of records I received from my father's collection and “Sail Away” was definitely one that blew me away.


Favorite album of all time?
Wilco's “A Ghost is Born”.


Least favorite/most disappointing album?
Any John Mayer. Not a cool dude.  So talented and makes such garbage poop pop.


Favorite concert ever?
Wilco in 2005 during the same tour “Kicking Television” was recorded on, probably one of the reasons “A Ghost is Born” is my favorite.

Any thoughts, experiences about Pittsburgh?
‘Adventureland’ was pretty cool.

Thanks, Gordon. "A Ghost is Born" to me is the last truly great Wilco album. I have confidence they will get back to those 'glory days' sometime in the future.
Posted by Hughshows at 5:35 AM