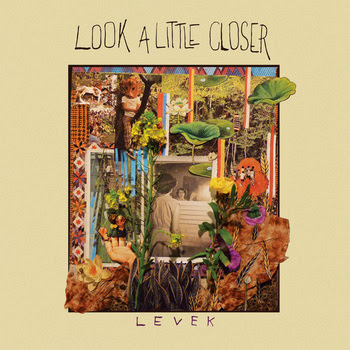 "Levek is the multifaceted project bearing the surname of front man, songwriter and musical jack-of-all-trades, David Levesque. The first showing of Levek’s versatility surfaced back in 2009, when a handful of a capella cover songs, embellished with what would become his signature Mickey Mouse tribal sound, became an overnight viral phenomenon. His deep-rooted infatuation with Disney nostalgia traces back to the childhood he spent overseas, where the only thing he could get his hands on were vintage VHS tapes from the company’s vault."

Check out the band on Facebook, BandCamp and Twitter. As part of my coverage of the Paste 50 States Project, I return to Florida with Levek. The band's latest effort is "Look a Little Closer" from 2012 and I want to thank songwriter David Levesque (Keys/Vocals) for taking the time to participate in this edition of First/Last.
The first album you ever bought?
“Rage Against The Machine” S/T  (I think I was in 7th grade or so).


Favorite album of all time?
I can't answer that, but at the moment it's Herbie Hancock "The Spook Who Sat By The Door" Soundtrack.


Least favorite/most disappointing album?
Any album by the Ruby Suns after "Sea Lion".


First concert attended?
I'm not quite sure if it was Phil Keaggy (guitar wiz) or Bob Dylan with my dad.


Favorite concert ever?
The Zombies at a bike shop in Austin.

Any thoughts, experiences about Pittsburgh?
Yes. pittsburghthoughts. Just playin. Ya'll are great. Would love to share some Gainesville, FL band love with you guys soon.

Thanks, David. If you ever make it up this way, drop a line. Maybe we can put a gig together.
Posted by Hughshows at 6:20 AM