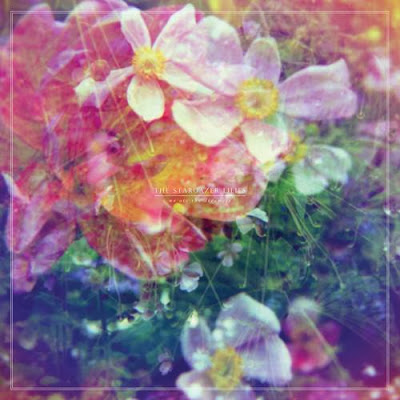 "The Stargazer Lilies slow motion bathing through space music is like sun glistening on the water in sound, ambient rock for daydreamers to bob their heads to. The Northeastern Pennsylvania based trio of guitarist/bassist/drummer/producer, John Cep, singer/bassist, Kim Field, and live drummers EJ DeCoske and Johnny Lancia, bring back the raw rock primal gaze, no bullshit sunshine haze. The Stargazer Lilies streamline and minimize Soundpool down to just the bare essentials, ridding themselves of the superfluous & getting down to the essence of what The Stargazer Lilies are: ~butterfly wings, slowly beating guitars enveloping the listener, ethereal breathy female vocals floating on a melody , rocked out bossa nova beats and bad ass bass throwing down the rhythm. ​​This new direction, like minimalism, gains strength by taking away and paring the instrumentation down to create vast vistas of sound."
Check out the band at their official Website, Facebook, BandCamp, Twitter, SoundCloud and Instagram. The band has just released it's debut full-length "We Are The Dreamers" via Graveface Records. I want to thank K Field (Bass/Vocals) for taking a few to participate in this edition of First/Last.

The first album you ever bought?
Can't remember that far back.


Your last album bought?
Marshmallow Ghosts “The Haunted and the Haunters”.


Least favorite/most disappointing album?
We can't think of a record that was the most disappointing, but there is a concert that sucked really bad… Pinback at the Nokia Theatre in 2007. The band's live show had zero energy and was severely lack luster, then lead singer guitarist Rob Crow, started reprimanding his own fans for smoking weed at the show. He called his own followers deadheads and people left the show in droves. We walked out and haven't listened to them since. It was that disappointing.


Last concert?
Deerhunter (they were awesome).

Any thoughts, experiences about Pittsburgh?
We've actually spent quite a lot of time in Pittsburgh since we've come to hang out with Tobacco and The Seven Field's Of Aphelion who live there on numerous occasions. They're always taking us out for great food. Probably the most memorable experience was their wedding which was a costume party on a boat that circled around the city. Another favorite was hanging out in a grave yard with them looking out over the city. It had a really fantastic view and it was this really beautiful day in Pittsburgh.

Thanks, Kim. Tobacco and the seven fields of aphelion have been long time friends of the blog. Couldn't imagine having better musical ambassadors of city than those two.
Posted by Hughshows at 5:33 AM