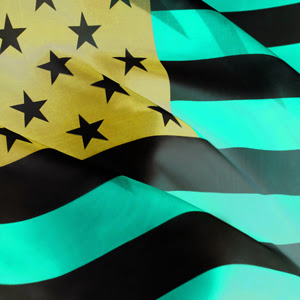 "we were all born in a bathtime suicide mission. nothing was left but a pair of sunglasses that are still bleeding to this day. at the stroke of midnight you can hear them sing out of desperation."

Check out the band at their official Website, Facebook, Twitter and BandCamp. There are times doing this blog where I 'giddily' discover a band that for whatever reason, wouldn't have stumbled upon unless I was blogging about them. Case in point, this Vermont psych-pop collective which recently released their fantastic self titled full length via Mexican Summer and to really get me going, they are hitting Pittsburgh Saturday night at Assemble in Garfield. I want to thank ringleader Luke Csehak (Guitar/Vocals) for taking the time to participate in this edition of First/Last.

The first album you ever bought?
“Sketches of Spain” by Miles Davis. I still love that album. One of his best. That sweet spot while he was experimenting with post-bop forms before he went into full-fledged psychedelia. I was big into jazz in high school. Also I was into classical and I was into Chicago blues. I listened to it in the morning with my brother that's dead now. It's funny I got into Chicago blues before I was into classic rock, so getting into classic rock later was no problem. I find a lot of my peers have trouble with classic rock. Maybe it's because they don't get Chicago blues. Sometimes when somebody says they don't like Bob Dylan it actually hurts my feelings. My dad never really cared for Bob Dylan. That's one thing that will always keep us apart. But it's funny cause he likes all the other classic rock icons, even the really crappy ones.

Favorite album of all time?
I have a hard time picking favorites, Hugh, but I guess I gravitate to old music most. Skip James' early recordings,”The Harry Smith Anthology”, Alan Lomax’s recordings, stuff like that is what I'd say is my favorite though I probably listen more to people in my own musical community. People like Joey Pizza Slice, Ruth Garbus, Chris and Kurt Weisman, Great Valley, Blanche Blanche Blanche, Bird Names, Kyle Thomas, Bubbly Mommy Gun, Quilt, Wisdom Tooth, and tons of people like that. I never keep up on music blogs, I feel like my own immediate community is what's important for me to keep up on, not what commerce demands. We do this cool thing where we inspire and challenge each other, though we retain our own distinct flavors, which I know sounds cheesy but it's actually true, and I think it's true for most interesting artistic communities throughout history.

Least favorite/most disappointing album?
I guess I don't really get disappointed by albums because I don't usually have much expectations going into a listening experience. Probably the last time I did was with Radiohead. I remember listening to “Hail to the Thief” and trying to like it because of how much I liked the ones before that but I just couldn't bring myself to do it. It was sad at first, but then I realized how freeing it was. It's great to genuinely be unmoved by a piece of music. It's a natural process that you should trust.

First concert attended?
My Dad brought me to my first concert, which was Neil Young. It was after his “Silver and Gold” album came out and he was playing solo and this huge crowd just sat still, mesmerized by this one guy. It's funny my dad is a lot like Neil Young. When I read Neil Young's book and it was just like I was reading my dad's blog. But that concert was really a thing for me. It was a seed that just sort of sat around in my brain for a decade or so. It's hard to explain how I felt about it. I actually remember at intermission seeing a kid that I knew from school. We were both obviously blown-away by the performance, but when I tried to talk to him about it I realized I couldn't think of any way to describe it. He said some things about his guitar work and I agreed but really I thought it was stupid to bring up guitar work at a time like this. That's when I first started to hate talking about music.

Last concert?
These days, I mainly just go to concerts where my friends or I am playing. I find I can only take so much music. It took me a while, but I've come to accept that I'm no Thurston Moore and I can't listen to everything. I think I was really dependent on music for a while. It got unhealthy. People say things like music is my anti-drug, but what they don't know is that music is actually far more dangerous that any drug. But I've worked it out now. I have a good relationship with music, and I usually have a blast playing shows, even when it gets stressful and I start acting like a jerk.

Favorite concert ever?
My favorite shows that we play are the ones where there is flooding. We are always playing in water it seems. Either there is a rain storm or the pipes burst or someone leaves the faucet on or at the very least there is an ocean scene in a movie that someone is watching. If there's no water then it usually is a bad show, but that hardly ever happens.

Any thoughts, experiences about Pittsburgh?
I've never been to Pittsburgh but we are playing there on Nov. 23rd at Assemble, a community space for art and technology with The Working Poor and General Fantasy. I'm looking forward to that one and maybe I’ll see you there?!? Sorry I didn't answer in the right order or anything. I'm new to this interview business. Did it turn out alright?

Thanks, Luke. You will definitely see me Saturday for sure and it turned out just exactly perfect, buddy!
Posted by Hughshows at 7:30 AM