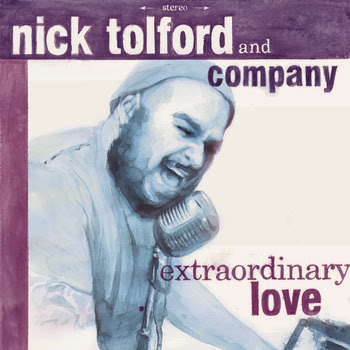 "Nick Tolford & Company are a seven-piece rock ‘n’ roll band from Columbus, Ohio. A virtual who’s who of the Columbus rock scene, members of the band have played in The Slide Machine, Church of the Red Museum, El Jesus de Magico, Brainbow, and with national hip hop act Blueprint.

Check the band out at their official Website, Facebook, BandCamp and Twitter. Resuming my coverage of the Paste 50 States Project, I visit our neighbor Ohio and the 'R&B/garage-rock' of Nick Talford & Company. Their latest album is "Extraordinary Love" from 2010 and I want to thank the man himself, Nick Talford (Rhodes/Vocals) for taking the time to participate in this edition of First/Last.

The first album you ever bought?
Boyz II Men “II”. That record didn't leave my discman for a solid year.

Your last album bought?
“Funkadelic” S/T. I found a reissue of their first release at Spoonful Records here in Columbus.

Favorite album of all time?
Tree of Snakes “The Ottoman Empire Strikes Back”. Jeff Fernengal is the best human I've ever known, and his band is a perfect representation of his personality.

Least favorite/most disappointing album?
Anything Mastodon released after “Remission”. They were so much more brutal when the bass player did vocals.

First concert attended?
Misfits, Coal Chamber, and Type O Negative. Everyone has a cool uncle, and mine worked at the concert hall in town. I was 11.

Last concert?
Tree of Snakes Browns game halftime show. Ferns last show in Columbus before moving to Denver. Seriously, you should check out Tree of Snakes.

Favorite concert ever?
God's Revolver, Carabar, 10/19/08. It took a lot of crafty spot-welding just to get them here. We were all very affected by their set.

Least favorite concert?
I had to suffer through a Dashboard Confessional set to see Beck in around 2001. The secret awesome part about that show, though, was that the opening band that night was The Black Keys.

Any thoughts, experiences about Pittsburgh?
Ha-ha, the last time I played in Pittsburgh, I was playing drums in a band that ended up opening for Donnie Iris. On a riverboat. At a Halloween party.

Thanks, Nick. FWIW, Donnie Iris on a riverboat isn't such an unusual thing around these parts. You know with the three rivers thing we got going.
Posted by Hughshows at 7:30 AM