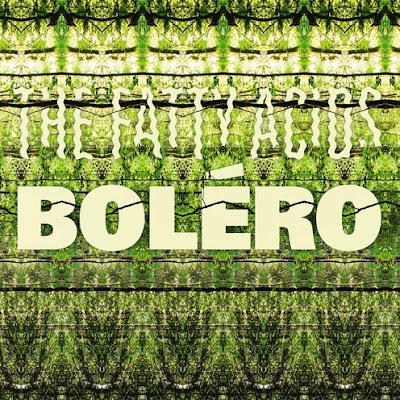 "The Fatty Acids (a half-a-dozen-boy band) have accidentally been kicking around incredibly powerful rock pop tunes for a half-decade in Milwaukee, WI."

Check the band out at their official Website, Facebook, BandCamp and Twitter. The band recently released the cassette version of their third album, "Bolero" for Cassette Store Day via Mine All Mine Records. My thanks to Josh Evert (Keys/Vocals) for taking the time to participate in this edition of First/Last.

The first album you ever bought?
‘Free Willy’ soundtrack. Rocked the MJ song non-stop in the back seat of Mom's conversion van.


Favorite album of all time?
Toss-up between “Deltron 3030” s/t and The Unicorns' “Who Will Cut Our Hair When We're Gone”.


Least favorite/most disappointing album?
This is too difficult, so I'll just answer with the freshest in my memory. It's Kanye's “Yeezus”.


First concert attended?
First attended thing that you could technically call a concert was Sesame Street on skates. First "rock" show was Incubus in Madison, WI.


Favorite concert ever?
The first time I saw The Flaming Lips. It was in Madison at a strange Southern Comfort festival on an island. It was the first time I used my fake ID and I was terrified of getting caught. It was so, so, so worth the paranoia. ‘Weird Al’ at the State Fair this year gets runner-up.


Least favorite concert?
Hmm. For some reason Kool Keith was the first thing that popped into my head. It could have been his obnoxious hype man, awkward dancing woman, or when he chanted "pussy on the beach" for a good 2 min. Also, he combined bunches of his songs into medleys, which is something that I'm afraid he should leave to ‘Weird Al’.

Any thoughts, experiences about Pittsburgh?
I have played Pittsburgh twice. The first time was at Howler's and the promoter didn't get any locals on the bill. Or they didn't show up or something. So we walked down the street and found a co-op bookstore. I asked the people inside if they knew any locals that could play with us (and hopefully bring out a few people), and sure enough, one of the people working was a singer-songwriter. She agreed to play and started texting her friends, and a few of them came out. It was great. We stayed with some really cool activist-bordering-on-anarchist types who I am still in touch with. They informed me that the Just Seeds screen-printers are from Pittsburgh. They are huge influences on me as both a visual artist and a thinker. The second time I played there it really sucked, so let's not get into it. I can safely say that I like Pittsburgh a lot though, and not just because that's where you guys are from. But the bridges might be a little much for me.

Thanks, Josh. Bummer about your last time here. Glad it didn't taint your feelings about us.
Posted by Hughshows at 5:50 AM