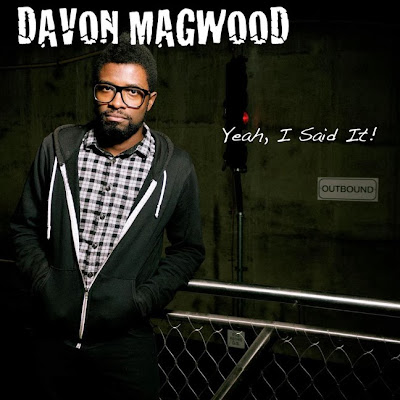 "Comedian Davon Magwood is known for his alternative approach to traditional comedy. Magwood made his debut to the stand-up world in February 2007 at the Pittsburgh Funnybone. Ever since then, his career in stand-up comedy has been a steady incline towards world domination. Having planned and promoted over 200 shows in three short years."

Check out Davon at his official Website, Facebook, YouTube and Twitter. The Pittsburgh based comedian has recently been making waves most notably for taking on the Westboro Baptist Church. I want to thank him for taking the time to participate in this edition of First/Last.

The first album you ever bought?
Spice Girls, “Spice World”.

Favorite thoughts, experiences about Pittsburgh?
I love how people in Pittsburgh can come together and bond over a show and have a good time.

Thanks, Davon. I've got a ton of respect for someone who can turn a potentially ugly situation into a positive using laughter as their weapon. Thanks for that, man.
Posted by Hughshows at 5:35 AM

Hello, I was very encouraged to locate this website. The reason currently being that this is these kinds of an useful post. I wished to thank you for this useful read of the topic.
Hayward Airport Taxi
Piedmont Taxi CA