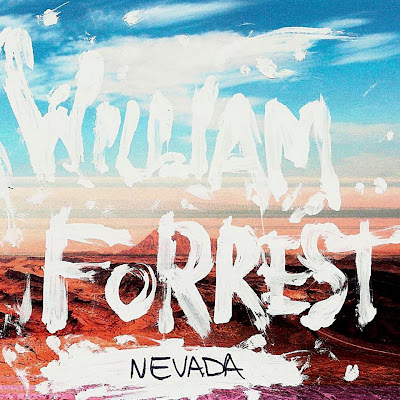 "We are a four piece band from Indiana, Pennsylvania. Two brothers, two non-brothers. We're here to make you dance. We can be dirty and we can be clean."

Check out the band on Facebook, Twitter and Bandcamp. I stumbled upon these dudes whilst trolling BandCamp and want to thank Brendan Cope (Vocals/Guitar) for taking the time to participate in this edition of First/Last.

The first album you ever bought?
On my own?  I think it was Audioslave's "Out of Exile" on cassette at goodwill.

Your last album bought?
Hmm...my brother/drummer bought me a copy of “Sgt. Pepper’s Lonely Hearts Club Band” on vinyl, which is pretty awesome.

Favorite album of all time?
Wow that's a toughie.  I mean I think at different points it has changed, I would say all of The Strokes albums, “Because of the Times” (Kings of Leon), “Sgt. Pepper’s Lonely Hearts Club Band”, “Continuum”/”Battle Studies”/”Where the Light Is Live in LA” (John Mayer), “Mine is Yours” (Cold War Kids), “Stadium Arcadium” (Red Hot Chili Peppers), “Sweet Sour” (Band of Skulls), “Brothers” (The Black Keys). I'm sure there are a ton more, this is just some of the ones that really mean something to me.

Least favorite/most disappointing album?
Least Favorite? Taylor Swift’s albums. I was never a fan, but I really don't enjoy hearing it on the radio. I think most disappointing recently was Maroon 5, I really liked “Hands All Over” which was their record from a few years back, the new one just sort of didn't capture me, it felt too record label influenced I guess.

First concert attended?
I believe it was Jason Mraz when there was the Amphitheater at Station Square.

Last concert?
The last concert was New Years Eve, a couple buddies and I went to see Foxy Shazam at Mr. Smalls.

Favorite concert ever?
There have been a couple. Band of Skulls at Mr. Smalls was amazing, Mutemath at the Altar Bar, John Mayer at Post Gazette Pavilion. I have seen Jukebox the Ghost a couple different times and they are always awesome, Jason Mraz was great, Foo Fighters at Consol, and also RHCP was amazing at Consol.

Least favorite concert?
I don't know, I'm not a big pop punker and I've been to a couple of those shows to support friends.

Favorite thoughts, experiences about Pittsburgh?
I absolutely love Pittsburgh, I think it’s one of the most inspirational places there is. I went to Pittsburgh with my parents a ton when I was younger, going to the Science Center and museums and stuff, and I guess through that I just grew to love it. Now if I’m bored, some days I will just make the hour drive (from Indiana) to Pittsburgh just to sit in a coffee shop or something, it's a really great feeling to be so attached to a place.

Thanks, Brendan. Next time you feel like coffee, lemme know. You can bring your guitar and I'll bring my camera.
Posted by Hughshows at 6:08 AM