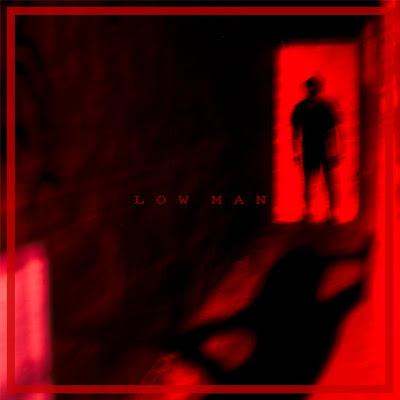 "Low Man began in the fall of 2010 as a project of friends J.z. and Luke Rifugiato, whose former bands (The Bad Faith Compromise and The Fingers, respectively) had played together years earlier. Luke's jam buddies, Alex Byers (The Fingers) and Evan Flaherty (Verb the Animal) rounded out the quartet for the better part of a year, recording a single and live radio session and sharing the stage with acts like Pentagram, True Widow, Jeff the Brotherhood, White Hills and Nobunny.
The band went into hiatus at the end of 2011 to re-emerge with a new drummer, Derek Krystek (Sleepy V) and new songs, as well as their debut EP, recorded at Plus/Minus Studios in Pittsburgh, with producer Jason Jouver (Allies, Kim Phuc). Now, Low Man is back to playing shows and working on new music as they put the finishing touches on the EP, due for release in July."

Check out the Pittsburgh band at their official Blog, Facebook, BandCamp and Tumblr. The band performs tonight as part of a blow out at Roboto being presented by my buds at Draw Us Lines and Monalloh Foundry with TEEPEE and Nox Boys rounding out the bill. My thanks to J.z. (Bass/Vocals) for taking a few minutes to participate in this edition of First/Last.

The first album you ever bought?
First cassette I bought with my own money was Oasis' "Be Here Now" and it's the reason I started writing music. I love stoner rock and punk and all the stuff Low Man plays, but if you turn off all the fuzz pedals on our album, my secret will be revealed and you'll see that I'm just trying to be Noel Gallagher, writing catchy pop songs. Oasis is my favorite band of all time, and I ain't ashamed to admit it.


Your last album bought?
I was down at The Smiling Moose a couple weeks ago and picked up All Them Witches' LP "Our Mother Electricity." They're this awesome bluesy, southern stoner rock band from Nashville, and I loved them so much I sprung for the limited edition orange vinyl. When the dude pulled it out he said "And you get number 17!" and I was jacked because that's my lucky number.


Favorite album of all time?
“The Kinks Are the Village Green Preservation Society” is possibly one of the most perfect albums ever recorded. Ray Davies is an absolute genius. Concept albums are a dime a dozen anymore, but the way ‘Village Green’ is manicured, how it paints a picture rather than just tells a story--it stands head and shoulders over any record I've ever experienced, and it's heavily influenced my style of writing lyrics and music as well, always wanting to touch back on certain phrases, whether poetic or melodic.


Least favorite/most disappointing album?
Every couple of years, I end up looking through my iTunes library and say to myself "Huh, why don't I have that Toadies album, “Rubberneck”?" so I illegally download it (shh, don't tell anyone) and put it on. But it's terrible! That's why I don't have it! I keep forgetting because ‘Possum Kingdom’ is such an amazing single and I want to hear more just like that. But they didn't write another like that, so it goes into the trash can until enough time passes and I forget again.


First concert attended?
Hank Williams III at a little fireman's carnival in Schoeneck, Pennsylvania. He didn't do the whole half-country/half-punk set he's famous for now, but I remember his guitarist having long metalhead hair and doing some serious ripping.


Last concert?
Sigur Rós in the unbelievably gorgeous Fox Theatre in Detroit. Oh my god, what a show. I took my fiancée to it for her birthday (she's also from Detroit), and it was an absolute spectacle.


Favorite concert ever?
It would have to be a toss-up between Lightning Bolt and White Mice at the Lawrenceville Moose a couple of years ago, and the first time I saw Andrew W.K. at the Chameleon in Lancaster, PA. That Lightning Bolt show was one of the most intense aerobic experiences I've ever had, but seeing Andrew W.K. was like a religious experience. I'm a devout atheist, but if there is a savior for the human race, it is absolutely Andrew W.K.


Least favorite concert?
I once got dragged to a hardcore show in my hometown of Lancaster where there was a horrible band called Remembering Never playing, along with a bunch of others with even worse names. To top it off, I got spin-kicked in the face while I was in the pit and left with a bloody boot print across my forehead.


Favorite thoughts, experiences about Pittsburgh?
I moved to Pittsburgh in 2004 to go to college and every time I've left (to travel as far as New Zealand and Argentina), I've always come back. It holds a really special place in my heart. I even have the steel diamonds tattooed on my wrist in honor of the city. Someday, I hope I can own a house here. Y'know, in addition to a castle in Scotland.


Thanks, Jeremy. Lovin' the EP and I MUST to make it a point to catch you guys play.
Posted by Hughshows at 5:40 AM