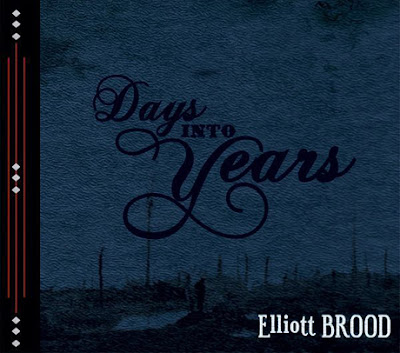 "Elliott BROOD have always been time travellers. The Toronto trio writes songs steeped in history that feel very present. They've done their share of actual travelling, too, these musical troubadours, acoustic guitars and banjos slung over their sharp suits as they barnstormed across Canada and beyond. For the new album Days Into Years it was century-old stories encountered an ocean away that brought them closest to home. On the band's first European tour back in 2007 they found themselves driving through the backroads of France. Vocalist Mark Sasso, guitarist Casey Laforet and drummer Stephen Pitkin, all enthusiasts of military history, raised on the harrowing stories of Canadians in World War 1, were simply looking to avoid the toll highways. Then they came upon a sign for a WW1 military cemetery."

You can check out the band at their official Website, Facebook, YouTube and Twitter. I have loved this band the moment I heard them ten years ago. Their last album, 2011's "Days Into Years", is just as fantastic as their previous three. I have been fortunate enough to have seen them play a few times and while looking to prep the post, I actually stumbled upon a video of them playing my favorite song of their, 'Twill', recorded in Pittsburgh last time they were here. My sincere thanks to my man Stephen Pitkin (Drums) for taking the time to participate in this edition of First/Last. 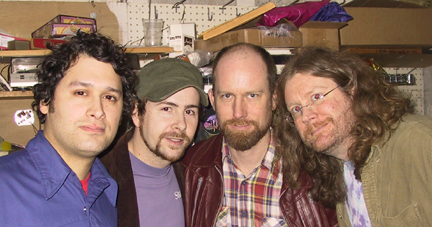 The first album you ever bought?
"Dum Ditties" (a K-tel stupid songs compilation).


Your last album bought?
"Barchords" by Bahamas.
Favorite album of all time?
I want to say Led Zeppelin “IV” or “Houses of the Holy”, but it's Fleetwood Mac "Rumours".


Least favorite/most disappointing album?
"The Bands of Newmarket High School present..." (kind of endearing if you can get through the tuning, timing and production issues ). I'm keeping this one because If you listen closely you can hear my grade 10 mullet crashing against the skins.


Favorite concert ever?
Neil Young solo at Kingswood Concert Theatre. I will forgive him for playing ‘Rockin' in the Free World’ twice...it wasn't released yet!


Least favorite concert?
Living Colour at the first Lollapalooza was pretty abysmal. They were completely out of sync with each other. Maybe they were trying to play to a click track that they couldn't hear properly.


Any thoughts, experiences about Pittsburgh?
I love the surprise view that you get when approaching through the Fort Pitt tunnel. That sudden instant cityscape is breathtaking.


Thanks, Stephen. Seriously, 2009 is way too long for you guys to be away from Pittsburgh. Come back soon!
Posted by Hughshows at 7:30 AM